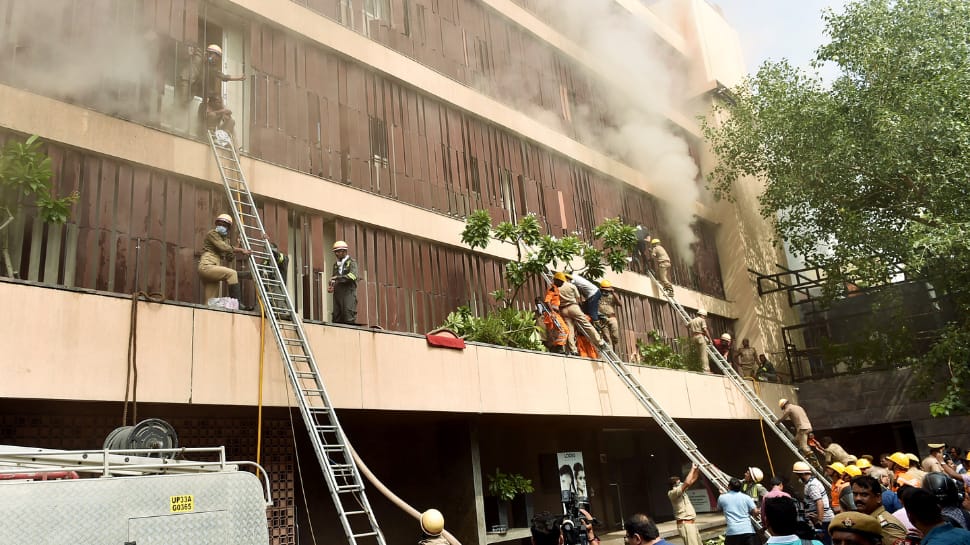 New Delhi: The Levana Suites hotel in Lucknow, where a fire killed four people and left at least 10 injured on Monday (September 5, 2022), will be demolished now, news agency PTI reported citing authorities. Police have detained two owners of the hotel and its general manager for questioning, and Vice-chairman of the Lucknow Development Authority Indramani Tripathi said that the four-storey building will be sealed on Tuesday. For several hours, rescue teams inspected the premises of the Levana Suites on Madan Mohan Malviya Marg in Lucknow’s commercial center Hazratganj to check if someone had been trapped. Officials said that it took more than six hours to douse the blaze and that deceased included two women.

Joint Commissioner of Police Piyush Mordia told PTI that a case has been registered against owners Rahul Agarwal, Rohit Agarwal, Pawan Agarwal and Sagar Srivastava, the general manager of the hotel under IPC sections 304 (culpable homicide not amounting to murder) and 308 (attempt to commit culpable homicide).

Lucknow Divisional Commissioner Roshan Jacob said that the zonal officer had on May 7 sent a notice to the hotel, to which they replied on May 12, and presented the renewal (certificate) of the fire NOC (no objection certificate) from 2021 to 2024.

“Prima facie, despite the lack of fire escape management system, and iron grilles on the facade, how fire NOC was given is a matter of investigation,” said Jacob, who is also the chairman of Lucknow Development Authority (LDA).

“The owners did not provide any map of the building approved as a hotel to the LDA. A notice was issued by the zonal officer on May 26, and another on August 28 as no reply was given. In this regard, the hotel be immediately sealed as per law and then be demolished,” Jacob said in an order.

Effective disciplinary action should be ensured against the officials who were involved in making the hotel functional without its map being passed, she said, adding effective implementation of similar notices sent to other hotels should be done.

“And if the hotel owners do not furnish any reply despite the notices, those hotels will be sealed,” the divisional commissioner said.

Speaking to reporters, Joint CP Mordia said, “Hotel owners — Rohit Agarwal and Rahul Agarwal — and its general manager Sagar Srivastava have been detained for questioning. Police are registering a case in this regard under relevant sections.”

Uttar Pradesh Chief Minister Yogi Adityanath visited the injured in the hospital and enquired about their health. He also ordered a joint probe by the commissioner, Lucknow division, and police commissioner of Lucknow into the incident.