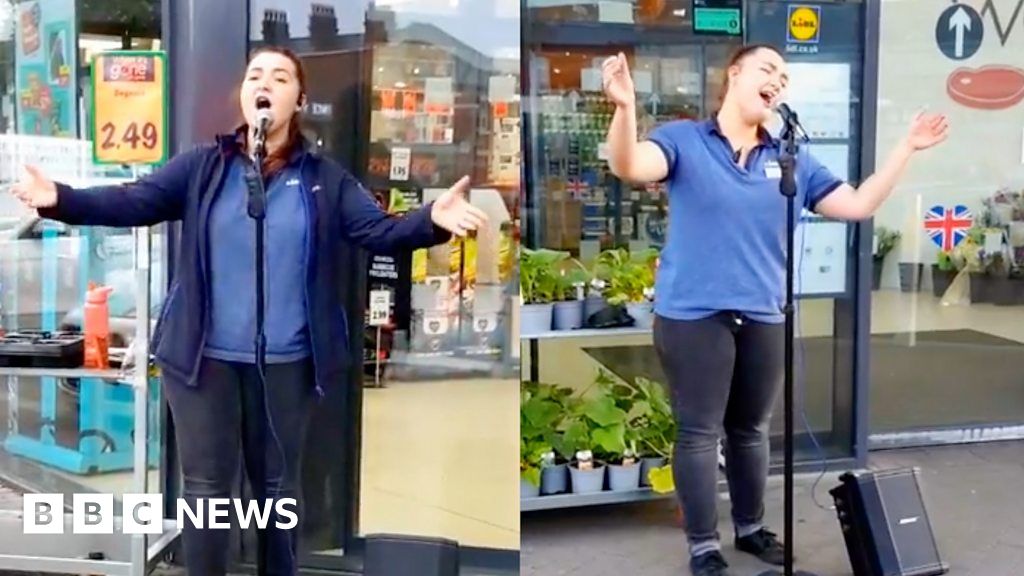 A checkout assistant has found national fame by performing for customers outside the supermarket where she works.

Lily Taylor-Ward, 24, who works at Lidl in Sandiacre, Derbyshire, was chosen by Captain Sir Tom Moore’s family to perform classic songs for him on his 100th birthday.

Footage of him singing along to her performance prompted a huge response on Twitter.

She began by singing outside the supermarket during the weekly Thursday night clap for carers to entertain queuing customers and says people have now changed their regular supermarket in order to listen to her continue to sing each Thursday.