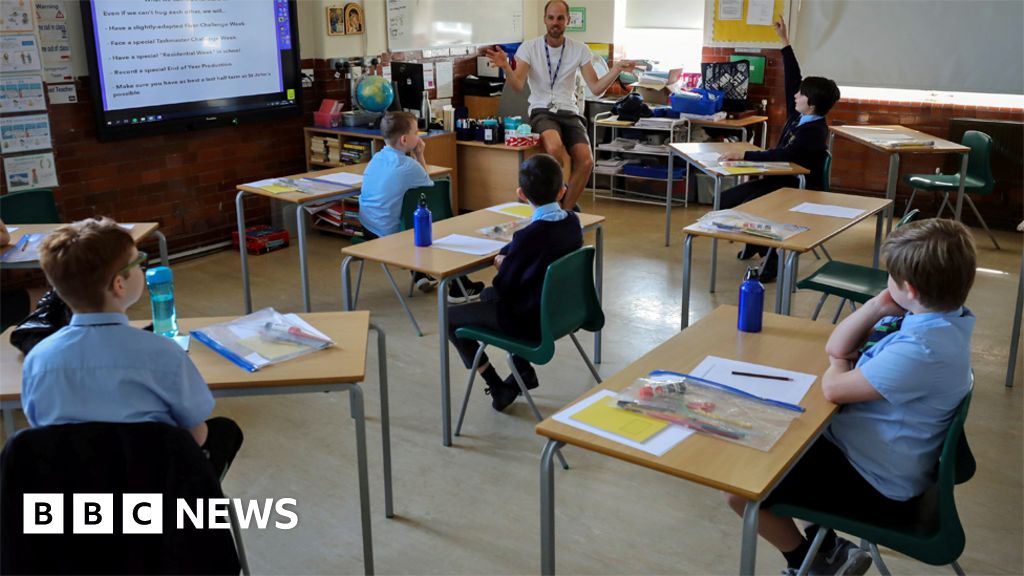 There is little evidence of coronavirus being transmitted in schools, Education Secretary Gavin Williamson has said.

Mr Williamson said the government was being guided by the best science as it accelerates plans to reopen schools to all pupils in England next month.

Government advisers have warned the nation may have reached the limit on what can be reopened in society safely.

But Mr Williamson suggested an upcoming study would support the government’s position on reopening schools.

His comments came after Prime Minister Boris Johnson said the reopening of schools, after months without in-person education, was the “national priority” of the government.

The prime minister, who is expected to visit a school later, is understood to have made it clear that schools should shut last in any future local lockdowns, after businesses like shops and pubs.

The Association of School and College Leaders has said there is an absence of clear guidance from the government, and schools are making their own contingency plans.

But the education secretary maintains that there was “growing confidence among parents about their children returning” to the classroom.

He said: “This is down to the hard work of school staff across the country who are putting in place a range of protective measures to prepare to welcome back all pupils at the start of term.”

Mr Williamson also referred to the “latest research, which is expected to be published later this year – one of the largest studies on the coronavirus in schools in the world”, saying it “makes it clear there is little evidence that the virus is transmitted at school”.

He is believed to be referring to a forthcoming report to be released by Public Health England.

The children’s commissioner for England, Anne Longfield, has called for regular coronavirus testing in schools.

However, schools minister Nick Gibb rejected the idea, telling Times Radio on Sunday that he did not support routine testing for teachers and pupils who do not have symptoms.

Schools across the UK closed on 20 March, except to children of key workers or vulnerable children. On 1 June, they began a limited reopening for early years pupils, Reception, Year 1 and Year 6.

The current plan is for most children across the country to be back in class by next month.

Guidance on reopening has been published for England. There are also separate plans for Wales, Northern Ireland and also Scotland, where schools are scheduled to return from Tuesday.

Some government scientific advisers are calling for improvements in the test and trace system before schools reopen.

One, Prof Sir Jeremy Farrar, the director of the Wellcome Trust, said a “brief window” before schools reopen must be “used wisely”, writing in the Observer: “Most urgently, we need to ramp up testing”.

Meanwhile, Labour is calling for a “rapid reform” of the test and trace system, suggesting local health protection teams are more effective than the national call centres.

Figures released last week by the Department of Health and Social Care showed local teams continued to be more successful than call centre workers when it came to reaching close contacts of people who tested positive for coronavirus.

On Sunday, the UK reported a further eight people had died after testing positive for coronavirus, taking the total to 46,574. A further 1,062 people tested positive for Covid-19.

In another development, gyms, swimming pools, leisure centres and children’s play centres are being allowed to reopen in Wales on Monday, in a further easing of the lockdown restrictions.

Are you a parent of a child due to return to school in the autumn? Share your experiences by emailing haveyoursay@bbc.co.uk.