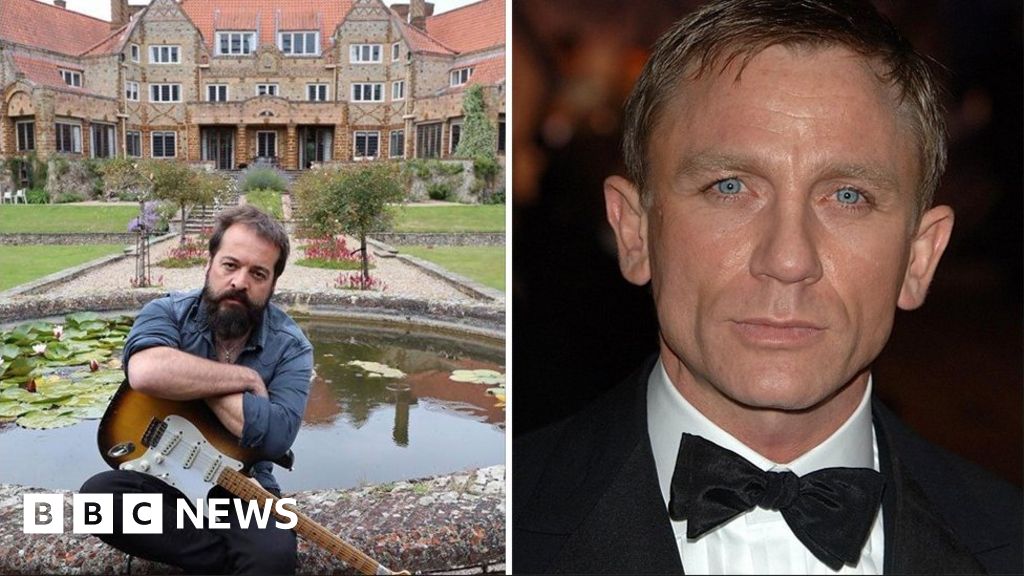 A guitarist who spent lockdown with a band so he could continue making music has linked up with a James Bond film composer and is due to release duets with music “superstars”.

Todd Sharpville moved into a country house in Norfolk to self-isolate with three fellow musicians as coronavirus restrictions came in in March.

He is now working with various unnamed acts and composer David Arnold.

Sharpville said he wanted to unite musicians in a “symbol of unity”.

“Although we can’t name them all yet, we now have a series of singles and duets of our songs recorded here in Norfolk remotely with all these vocal superstars including Rui Veloso, who is enormous in Portugal,” he said.

“We want to raise public awareness of the troubled grass-roots music scene.”

The first release will feature a British pop star with strings arranged by Arnold.

Arnold, who grew up in Luton, composed the music for five Bond films, Independence Day, Stargate and Hot Fuzz.

He also co-wrote the music for television dramas Sherlock (2010-2017) and Dracula (2020) among many others, and was musical director of the 2012 London Olympics and Paralympics.

Sharpville, an acclaimed blues guitarist and songwriter who has opened for acts including BB King and Pink, said: “This is a totally unprecedented situation, where fame and cultural borders are being put to one side in order to represent a meaningful symbol of collaborative unity.

“We need to somehow find a responsible way of reminding everyone of what they share in common.”

Arnold told the BBC: “Todd sent me a song and said I’m thinking of having strings on it and I think you might be the person to do it… I only do things that I think are any good and I liked the song, so I said ‘I’ll do it’.

“Todd’s stuff is generally blues-based, so I was expecting that, so it was a bit unexpected when a pop ballad turned up. The song is a very melodic, hooky, gentle, universal-type song.”

He said his string arrangement aimed to “support a song” and “unlock another emotional tone or colour”.

Sharpville and his band, a group of musicians who have worked with acts including Paul McCartney and Amy Winehouse, first moved to a country house in Sheringham, but have now moved to the Grade II listed hall called Voewood, in nearby Holt.

The band has been playing YouTube gigs on Saturday nights broadcasting from the house.