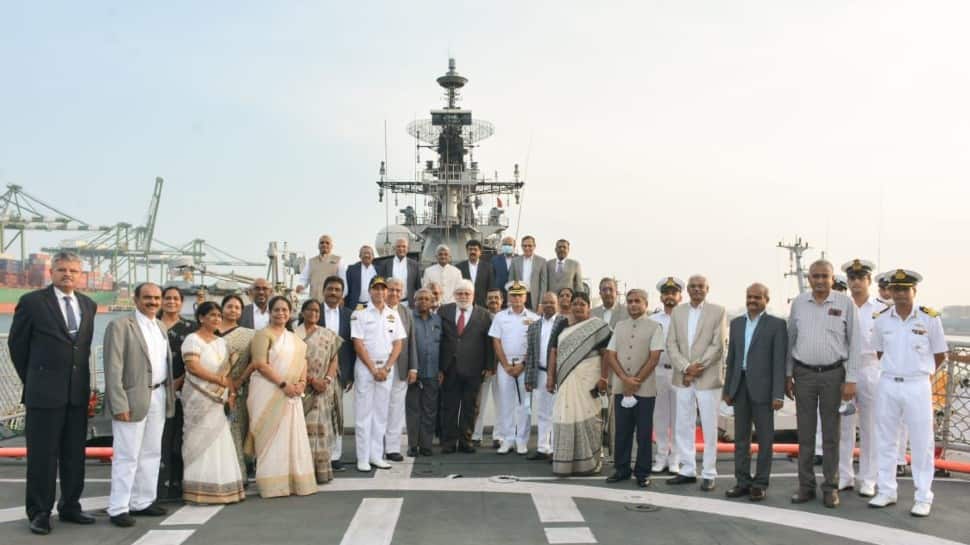 Chennai: It was a day out for the judges of Madras High Court led by Chief Justice Sanjib Banerjee, as they had an on-board tour of Indian Navy’s Rajput-class Destroyer ship INS Rana on Wednesday (September 15).

Welcomed on-board by Rear Admiral Puneet Chadh, Flag Officer Commanding Tamil Nadu and Puducherry Area, the judges were briefed about the role of the Indian Navy and had a guided tour of the ship. This was followed by a presentation and an interaction with the crew.

INS Rana is a redesigned Soviet guided-missile destroyer and has been serving the Indian Navy since 1982. The destroyer serves in the Navy’s Eastern Fleet and its home port is Vishakapatnam.