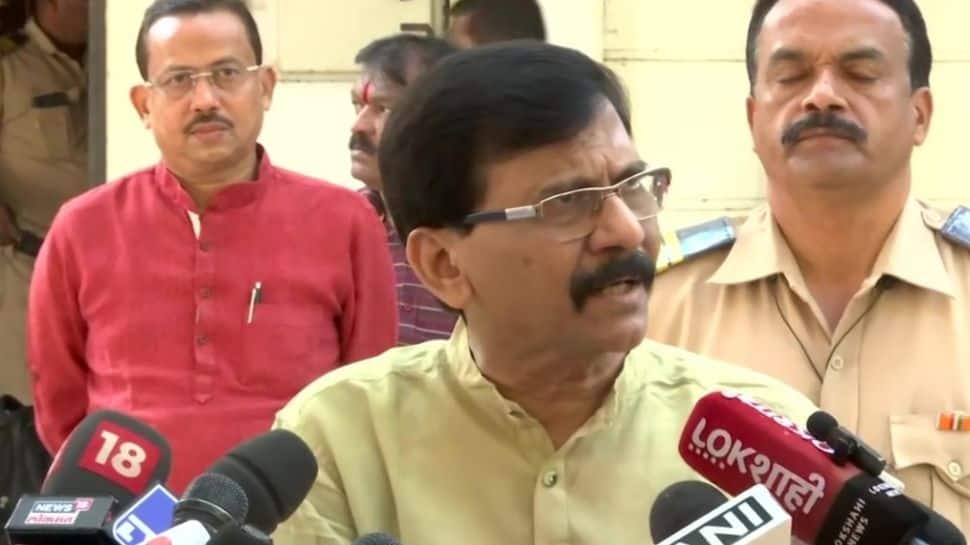 Mumbai: Sanjay Raut, the leader of the Uddhav Thackeray faction of the Shiv Sena on Friday attacked Governor Bhagat Singh Koshyari and said that they are ready to fight the `Mahabharat of new era`, adding that the issue of Karnataka-Maharashtra border dispute has been intentionally raked up to divert people`s attention from Governor`s “insult” to Chhatrapati Shivaji Maharaj. He made the remarks while reacting to the ongoing border issue of Maharashtra with Karnataka and termed it a “fight for humanity and justice”. “We have no personal issues with Karnataka, this is a fight for humanity and justice as Maharashtra is a border state where people speak Telugu, Kannada, as well as Marathi,” Sanjay Raut said adding that this border dispute is an attempt to divert Chhatrapati Shivaji Maharaj`s insult by governor Bhagat Singh Koshyari and national spokesperson Sudhanshu Trivedi.

“Maharashtra Deputy Chief Minister Devendra Fadnavis has made a provocative statement on the Karnataka Maharashtra border issue and his dream will never come true. Our government is committed to protecting the country`s land, water and borders,” Bommai tweeted on Wednesday evening.

Bommai on Tuesday claimed that some village panchayats in Jat taluka of Sangli district had passed a resolution in the past seeking to merge with Karnataka when they were facing a severe water crisis. However, the Maharashtra Deputy Chief Minister denied the claims and said no such village has recently sought a merger with Karnataka.

Sanjay Raut, further in his conversation with the media persons said, “The way Shivaji has been insulted in the state by governor, people here are upset and angry and this is another way of driving the attention from the matter with the intention that the people will forget the insult of Shivaji Maharaj. This is all scripted.”

Maharashtra Governor Bhagat Singh Koshyari on November 19 stoked a controversy by calling Chhatrapati Shivaji Maharaj an `old idol`.Addressing a function at Dr Babasaheb Ambedkar Marathwada University in Aurangabad on Saturday, the Maharashtra Governor said, “If someone asks who your idol is, you don`t have to go out looking for one. You will find them right here in Maharashtra. Chhatrapati Shivaji Maharaj has become an old idol now, you can find new ones — from Babasaheb Ambedkar to Union Minister Nitin Gadkari.”