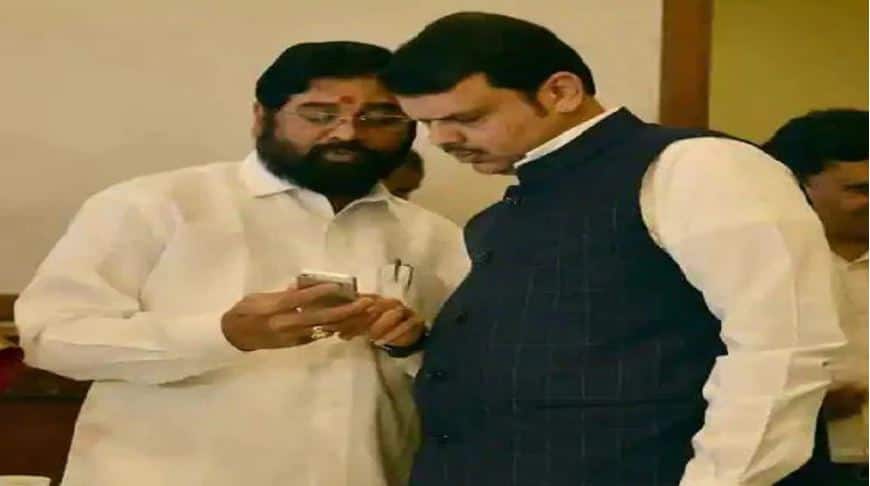 Mumbai: A core committee meeting of the Bharatiya Janata Party`s Maharashtra unit discussed the state`s political situation and decided to follow the “wait and watch” approach amid the crisis faced by the MVA government due to the revolt in Shiv Sena. The meeting was held at the residence of former chief minister Devendra Fadnavis in the presence of Maharashtra BJP chief Chandrakant Patil and other BJP leaders. “BJP core committee meeting was held. After the Supreme Court`s order, the state`s political situation was assessed and discussed. Eknath Shinde said that his faction is the original Shiv Sena, this too was discussed. We discussed what role should we assume in future in the current scenario,” Sudhir Mungantiwar told reporters after the meeting.

“After discussion, it was decided that we will wait and watch and a core team will come for a meeting once again, depending on the situation in the coming days. BJP will then take a decision in the interest of the people, in the interest of Maharashtra,” ANI quoted a source.

On Sunday, Higher and Technical Education Minister Uday Samant of Uddhav Thackeray camp joined the rebels led by Eknath Shinde at Guwahati. The Thackeray group on Monday removed Shinde as leader of the legislative party and appointed a new chief whip, while supporters of Shinde wrote to the state Governor that he continues to be the leader of the Shiv Sena legislature group, and appointed a chief whip.

The battle between the groups has now reached the Supreme Court which on Monday granted interim relief to Shinde and other MLAs to file their reply to disqualification notices issued to them by the Deputy Speaker of Maharashtra Assembly by July 12, 5.30 pm.

Earlier, the Deputy Speaker had granted them time to file a reply by Monday, 5.30 pm. A vacation bench of Justices Surya Kant and JB Pardiwala, in its order on Monday, said, “As an interim measure, the time granted by the Deputy Speaker, to the petitioners or other similarly placed MLAs to submit their submissions today by 5.30 pm, stands extended till July 12. The petitioners or other MLAs are at liberty to submit their reply without prejudice to their rights in the writ petition.”

The apex court heard the petitions filed by the Shinde group challenging the disqualification notices issued by the Deputy Speaker to 16 rebel MLAs as well as the appointment of Ajay Choudhary as Shiv Sena Legislature Party leader. The SC bench also issued notices to the Deputy Speaker, Secretary of Maharashtra State Legislative Assembly, the Centre, Ajay Chaudhary, and Sunil Prabhu and asked them to file a reply within five days.

On the request of providing security to 39 MLAs alleging threats to them, the Supreme Court recorded the statement of the standing counsel of the Maharashtra government, Rahul Chitnis, that adequate steps have already been taken and the state government will further ensure that no harm is caused to the life, liberty, property of the MLAs.

Appearing for Eknath Shinde and others, senior advocate Neeraj Kishan Kaul  told the Supreme Court that the Deputy Speaker cannot proceed with the disqualification proceedings when the resolution seeking his removal is pending.

“This is the win of the Hindutva of Balasaheb Thackeray and the ideas of Anand Dighe,” Eknath Shinde tweeted after the Supreme Court deferred the disqualification proceedings of rebel MLAs till July 11.

On June 25, the national executive meeting of the Shiv Sena passed six resolutions giving absolute rights to Maharashtra Chief Minister and party president Uddhav Thackeray to take action against the rebels to bring the revolt within party under control.

Earlier on June 26, two MLAs called for the removal of the Maharashtra Deputy Speaker, who could be the key decision-maker about the disqualification of the rebel MLAs. Mahesh Baldi and Vinod Agarwal, both independent MLAs and said to be close to the BJP, have moved for the removal of Deputy Speaker Narhari Zirwal, who is from Sharad Pawar`s Nationalist Congress Party (NCP).

In his letter, he has cited several judgements of the Supreme Court, adding “The entire Maha Vikas Aghadi (MVA) government doesn`t have the majority and they can`t disqualify any MLA. I am against Congress and NCP and if the MLAs are disqualified, we will also go to the Court.”

Notably, the Maharashtra assembly doesn`t have a Speaker since February 2021. Also, the Deputy Speaker also approved the appointment of Ajay Chaudhary as leader of the ruling party Shiv Sena in the assembly in place of Eknath Shinde, who called the appointment illegal. Chaudhary`s name was proposed by the “minority faction” as he represents the “real Sena”, Shinde added.

Shinde, who has been replaced by Ajay Chaudhary as Shiv Sena`s legislature party leader on Friday, is currently camping with over 40 rebel MLAs in Guwahati. In a jolt to the Maha Vikas Aghadi (MVA) government in Maharashtra, senior Shiv Sena Minister Eknath Shinde and other rebel MLAs revolted against the party on June 20 and camped in Surat.  The rebel MLAs later shifted their base to a hotel in Guwahati.