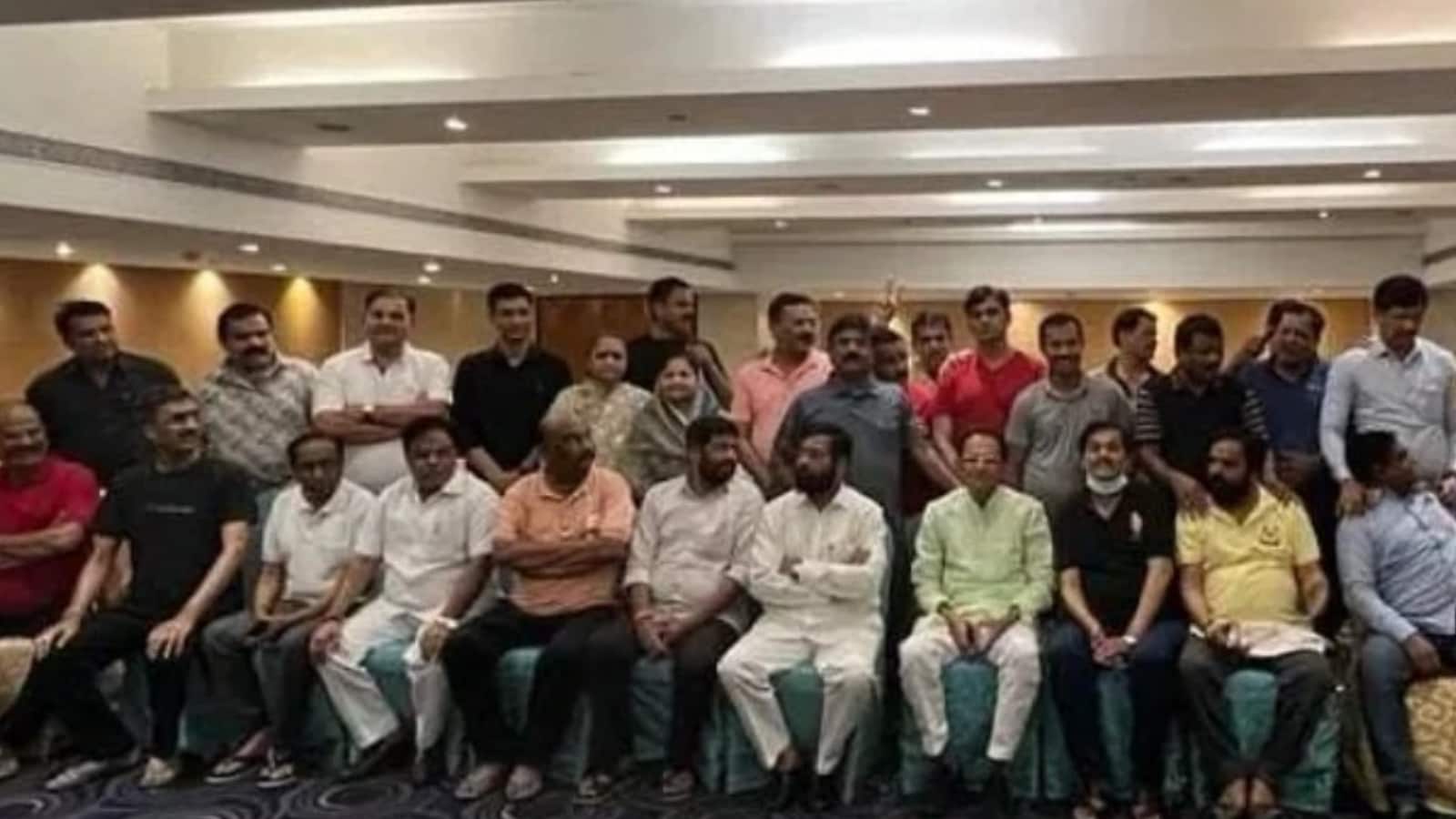 In a shot in the arm for rebel Shiv Sena leader Eknath Shinde, 34 MLAs have written to the Maharashtra Governor backing the dissident leader till Tuesday, according to reports. The leaders have said Eknath Shinde would remain the legislative party leader of the Shiv Sena, a day after party chief Uddhav Thackeray sacked him.

Shinde, who is camping in Guwahati with a section of Sena MLAs loyal to him, said the orders issued by Sena chief whip Sunil Prabhu are “legally invalid” as MLA Bharat Gogawale is being appointed as the party chief whip. Prabhu had written a letter, directing the leaders to attend a legislature party meeting in chief minister Uddhav Thackeray’s house “Varsha” at 5 PM or face action under the anti-defection law.

“You cannot remain absent from the meeting without providing a valid and sufficient reason. If you do not attend the meeting, it would be presumed that you have a clear intention of leaving the party. Hence, there will be action taken against you based on the provisions for preventing anti-defection,” the letter said.

In a letter by the MLAs in Shinde’s camp, it said that rebel MLA Bharat Gogavle has been appointed as Chief Whip of the party and they are “still with Shiv Sena”.

Adding to the woes of the Shiv Sena-led Maha Vikas Aghadi (MVA) government, Shinde has sought time from the Governor to show the MLAs with him in Guwahati via video conference, sources told News18.

Shinde, who is camping in Guwahati with a section of Sena MLAs loyal to him, has added two more MLAs into his camp. The MLAs arrived in Gujarat’s Surat on Wednesday afternoon from where they will be flown to Guwahati in Assam, where other party rebels are camping at present, reported PTI.

Shinde has claimed that he has 46 MLAs supporting him. A group of rebel Maharashtra MLAs, led by Shinde, were flown to Guwahati on Wednesday morning and were taken to a luxury hotel on the outskirts of the city amid tight security.

Shinde asserted that 40 MLAs from Maharashtra have accompanied him to Assam’s Guwahati and they are committed to Balasaheb Thackeray’s ‘Hindutva’ ideology. Shinde and some MLAs had reached the hotel in Surat on late Monday night, hours after Legislative Council polls which saw the BJP winning a fifth seat despite not having enough numbers in the Assembly, possibly due to suspected cross-voting from the ruling bloc besides support from Independent MLAs and those from smaller parties.

After the Council poll results, Shinde went incommunicado and later it came to light he is camping in the hotel along with some party MLAs.