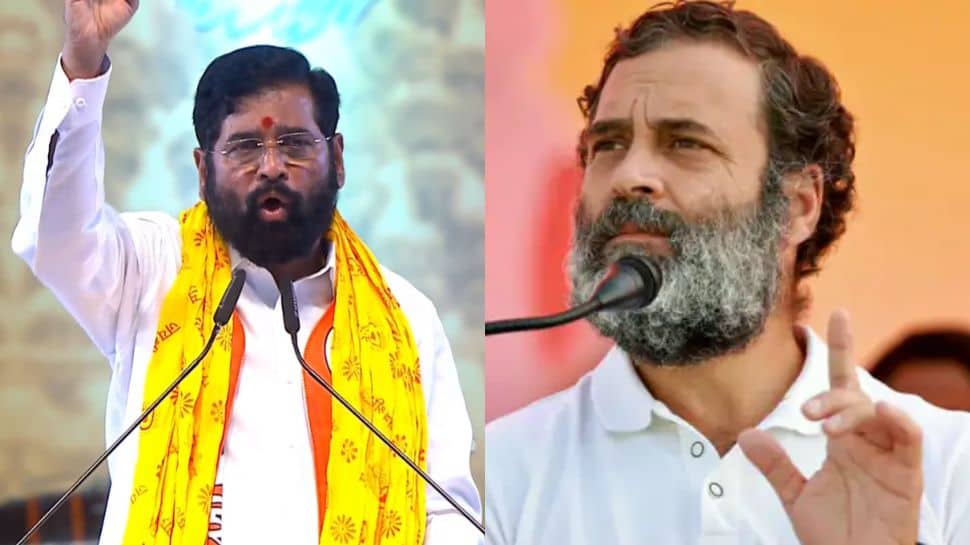 Mumbai: Targeting Congress leader Rahul Gandhi for his comments on freedom fighter V D Savarkar, Maharashtra Chief Minister Eknath Shinde on Wednesday said the people of the state will not tolerate any insult directed at the Hindutva ideologue.

Speaking at a symposium on Hindutva held at Savarkar Memorial here, Shinde, in an apparent reference to his predecessor Uddhav Thackeray, said while the freedom fighter, a revered figure in Maharashtra, was insulted, there were those who took a soft stand on the issue. At the same event, Lok Sabha MP Rahul Shewale, who is affiliated to the Shiv Sena (Balasaheb), the faction led by Shinde, demanded that the Bharat Jodo Yatra be stopped in the state for insulting the late freedom fighter.

The Congress’s cross-country foot-march, led by Gandhi, is currently passing through Maharashtra. Addressing a rally in Washim district on Tuesday organised as part of his yatra, Gandhi had said Savarkar is a symbol of the Bharatiya Janata Party (BJP) and the Rashtriya Swayamsevak Sangh (RSS). He was jailed in Andaman for two-three years. He started writing mercy petitions,’ the Congress MP had said.

The former Congress president had claimed Savarkar wrote a book on himself with a different name and highlighted how brave he was. “He used to take pension from the British, work for them, and work against the Congress,” Gandhi had said.

The people of the state will not tolerate insult of Savarkar under any circumstances, Shinde warned at the symposium, organised on the eve of the 10th death anniversary of Shiv Sena founder Bal Thackeray.

The CM along with MLAs and MPs of his faction later visited the memorial of the Sena founder at Shivaji Park in central Mumbai, which is located close to Savarkar Memorial. Savarkar is frequently insulted(he is addressed as) Mafiveer (by his critics for his mercy petitions). We are seeing that a soft stand is being taken against them (those who insult Savarkar),” Shinde said in an apparent reference to Uddhav Thackeray, who is an ally of the Congress.

Shinde said Gandhi thinks he can challenge Prime Minister Narendra Modi with his cross-country march, but the PM has never compromised on the issue of nationalism for power.

Referring to Uddhav Thackeray, the CM said “when Devendra Fadnavis was the Leader of Opposition (November 2019-June 2022), he had moved a resolution in the Assembly to honour Savarkar, but the then-chief minister and the Speaker had argued that such a step did not fit in House rules.

Fadnavis, a senior BJP leader, is now deputy chief minister. Even we (Shinde and some of his MLAs) were there in that (Uddhav) Cabinet. But it was unfortunate that we had to look at this stand with open eyes,” said the chief minister.

The chief minister said Savarkar maintained that Hindutva meant nationalism and Bal Thackeray showed this to the country and Maharashtra through his actions and termed the two personalities as ‘Hinduhriday Samrats’ (emperors of Hindu hearts).

During the freedom struggle, Savarkar was sentenced to life imprisonment and sent to Andaman by the British. Such patriots sacrificed their lives and families for freedom that people enjoy today, said the Shiv Sena (Balasaheb) leader.

“These freedom fighters are being insulted from time to time. The people of the country and the state will teach a lesson to those who are involved in such acts. No one can deny the sacrifices made by Swatantra Veer Savarkar,” he said.