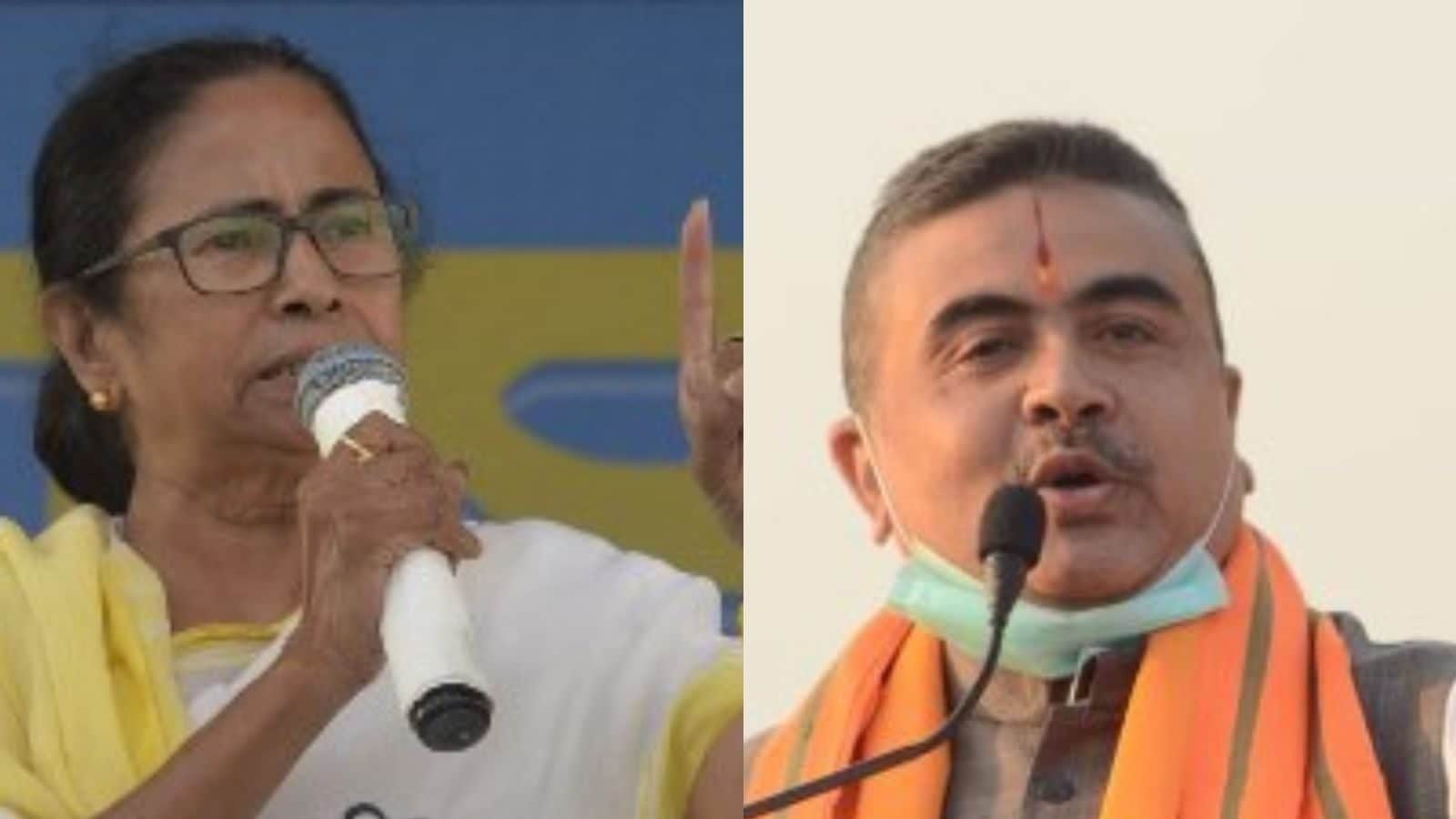 A day after West Bengal Chief Minister Mamata Banerjee claimed that the Centre had disallowed her attendance at a global peace meet in Rome, Leader of Opposition in the assembly, Suvendu Adhikari, on Sunday said she did not have a right to participate in such event as she “failed” to contain violence against BJP activists in the state. Adhikari also accused his former mentor and the TMC supremo of not taking steps to arrest those who were involved in post-poll violence in Khejuri, Nandigram in Purba Medinipur district and other places of the state.

During a campaign for BJP nominee Priyanka Tibrewal for the by-poll to the Bhabanipur assembly seat where Banerjee is also contesting, Adhikari said, “You don’t deserve to attend a peace meeting. You abetted those who attacked our activists and supported violent acts by TMC cadres.”

He also said, “Despite our repeated pleas, your administration was silent. How can you then think of representing the country in a peace meeting?” Adhikari’s remark came after Banerjee had alleged that the jealous” BJP did not allow her to attend the event. The CM had also claimed that she was invited to Rome in the first week of October to participate in the global peace meet in which the Pope, other religious heads, dignitaries from various countries are slated to attend, where she would have been the only Indian and the only Hindu lady.

Describing Banerjee as a dictator, Adhikari said, “Remember, you had ordered that there would not be any Durga idol immersion on Bijoya Dashami sometimes back in 2017 and the court had to intervene. Is it the true role for a Hindu?”

Adhikari wondered why the TMC supremo is “spending so much time and energy” in Bhabanipur if she is “sure of a big win in the September 30 by-poll”. Banerjee, who lost to Adhikari in Nandigram during the April-May assembly polls, is contesting the by-election from the Bhabanipur segment to retain her chief minister’s chair. A resident of Bhabanipur, Banerjee had won the seat twice in 2011 and 2016 but shifted to Nandigram, where the anti-farmland acquisition movement against the Left Front government had transformed her into a major political force in the volatile state, to dare Adhikari, her former protege, on his home turf.

The CM had claimed that a conspiracy was hatched to hurt her and defeat her in Nandigram. Though she powered the TMC to a resounding win for a third straight term in office, the TMC boss failed to register victory in Nandigram. Shortly after the poll results were announced in May, state cabinet minister and TMC MLA from Bhabanipur Sovandeb Chattopadhyay vacated the seat to facilitate her return to the assembly from there.

Adhikari also accused Banerjee of “having little knowledge of history as she often makes wrong statements about historical events in public meetings”. Reacting to Adhikari’s comments on Banerjee, a Trinamool Congress leader said, “He has proved how he has adapted to the BJP’s vindictive and intolerant attitude in less than a year after joining the saffron camp.”

“Mamata Banerjee is very much conscious of the heritage and our history. We don’t have to learn history from Adhikari,” the TMC leader said. He also denied the allegations that BJP workers in Nandigram and Khejuri were attacked by the ruling party, and said Adhikari’s henchmen unleashed violence on TMC activists.