Home India Man gets stuck under a temple idol as he performs a traditional... 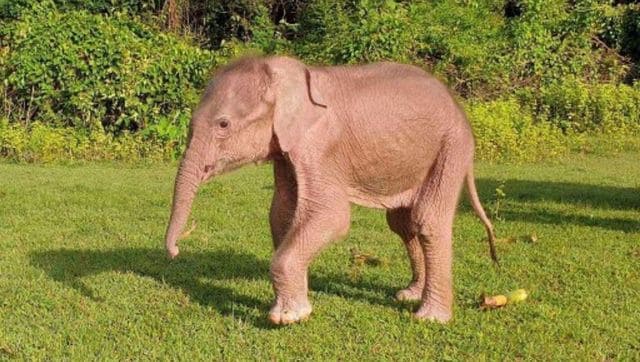 People in India are quite religious and as a part of it often visit several temples to seek blessings from God. There are several pilgrim spots in India where devotees throng on a daily basis in huge numbers and further offer their prayers. With that said, there are also instances when people often for the sake of their faith perform different and unique rituals to please God and seek blessings. One such incident was recently witnessed at a temple where a man while trying to perform a traditional ritual got things wrong and was left stuck under an idol.

Shared widely on Twitter, the video shows a man lying under an elephant statue after he got himself stuck underneath. The location of the incident and also how the man got into the situation is yet to be known.

He could be seen making every effort to squeeze himself out but in vain. Many other devotees present at the spot were also trying to help him out of the trouble by giving directions and suggesting techniques. Many also recorded the incident on their cellphones.

The user while sharing the video added a caption that read, “Any kind of excessive bhakti is injurious to health.” The location of the temple and whether the man was rescued later are not yet known. As soon as the video was shared, internet users took to the comment section and shared their reactions.

A person claiming the incident to be from Madhya Pradesh’s Narmada Mandir said, “Locals say that if you’re paapi (sinner) then you’ll be stuck. Now that is their belief which should not be mocked. If you believe in something, that is fine. But don’t mock others.”

Another user commented, “There should be a board mentioning MAX Waist Size.”

A large section of people found the video to be funny as they took a jibe at the man for being misinformed. The video has grabbed close to 2 lakh views so far and has amassed several likes and comments.