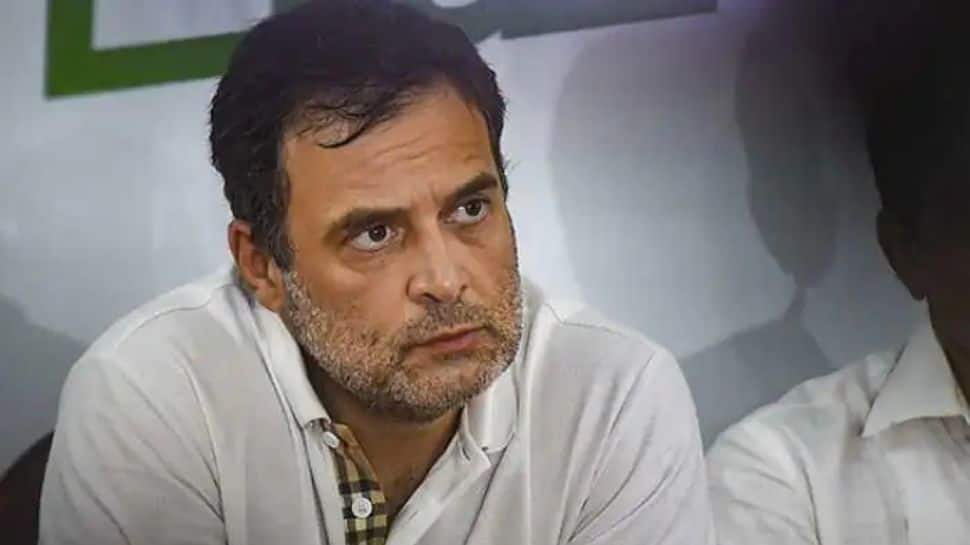 Nagda (Madhya Prades): Madhya Pradesh police on Thursday arrested a person from Nagda in Madhya Pradesh for threatening to assassinate Congress leader Rahul Gandhi after he arrives in Indore as part of his ongoing `Bharat Jodo Yatra`. Congress workers and supporters will halt for an overnight stay at a local stadium when the Bharat Jodo Yatra reaches Indore on November 28. Nagda Police informed the Indore Crime Branch about the arrest made in connection with the threat. Nagda SP Satyendra Kumar Shukla said, “The Indore Crime Branch had sent me a photograph, informing him about the appearance of the suspect behind the threat to kill Rahul Gandhi.” He said on the basis of the photograph, the Nagda police conducted searches for the suspect before receiving information that he had been spotted on the bypass in Nagda.

“Police reached the spot, caught the person and brought him to the police station. The address on the Aadhaar card says that the person is from Rae Bareli in Uttar Pradesh,” Shukla said. The SP added that the situation will be clear once the Indore police investigate the entire matter. Further details are awaited.

Also Read: ‘BJP must apologize to tribals for calling them ‘vanvasi’: Rahul Gandhi during Bharat Jodo Yatra in Madhya Pradesh

A day before the arrival of the Bharat Jodo Yatra in Baroda Ahir, Madhya Pradesh Chief Minister Shivraj Singh Chouhan visited Tantya Bheel’s birthplace and flagged off Gaurav Yatra taken out in honour of the tribal hero. The 3,570-km-long foot-march of the Congress started from Tamil Nadu on September 7 and will culminate in Srinagar in late January.