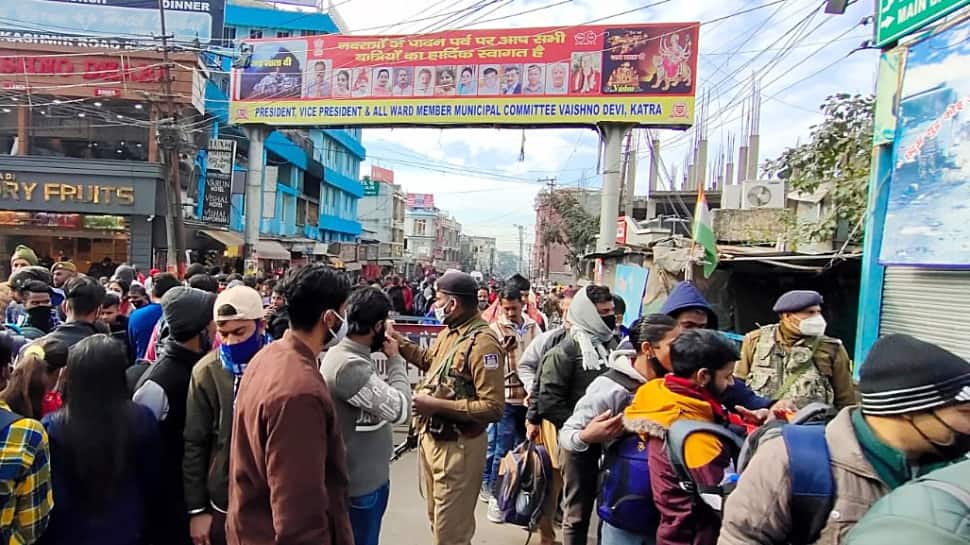 New Delhi: The Shri Mata Vaishno Devi Shrine Board (SMVDSB) has issued a statement on the Saturday stampede and said that it occurred ‘due to a scuffle’ between two groups of pilgrims.

The statement issued on Saturday (January 1, 2022) evening came in the backdrop of allegations over mismanagement and emphasised that only 35,000 pilgrims were allowed to proceed for the yatra against the normal capacity of 50,000 in view of the COVID-19 pandemic.

It added that Jammu and Kashmir Lt Governor Manoj Sinha, who is also the Chairman of the Board, was informed about the stampede at 3 am and that he has been continuously monitoring the situation since then.

“National Green Tribunal has capped the normal capacity of Yatra per day to 50,000. Pertinently, keeping in view the COVID-19 Pandemic, 35,000 pilgrims were allowed to proceed for yatra on 31st December 2021 and for 1st January 2022,” the SMVDSB said in a detailed statement on the tragic incident that killed 12 and injured dozens.

It said that the stampede happened around 2:15 am on January 1 near Gate number three at Shri Mata Vaishno Devi Bhawan.

“The unfortunate incident, due to a scuffle between two groups of pilgrims, resulted in the stampede. In this ill-fated incident, a total of 12 pilgrims lost their lives and 16 others were injured,” it said.

The bodies of the deceased, which include 10 men and two women pilgrims, were shifted to the Community Health Centre Katra for identification and further legal formalities, the statement said.

“Of the 12 deceased pilgrims, two have been shifted by air and nine by road to their native destinations by the Shrine Board Administration with the assistance of UT Administration. The lone left-out dead body will be shifted tomorrow morning by Air from GMC, Jammu,” the SMVDSB said.

Amongst the injured, who were hospitalised at Shri Mata Vaishno Devi Narayana Hospital, Kakryal, nine have been discharged, whereas seven pilgrims are still under treatment there, it said.

Meanwhile, the Mata Vaishno Devi yatra is currently going on smoothly and about 27,000 pilgrims offered prayers at the cave shrine on Saturday.

The members of the inquiry committee constituted to probe the incident have also visited the site of the occurrence at Bhawan on Saturday evening and took a first-hand account.