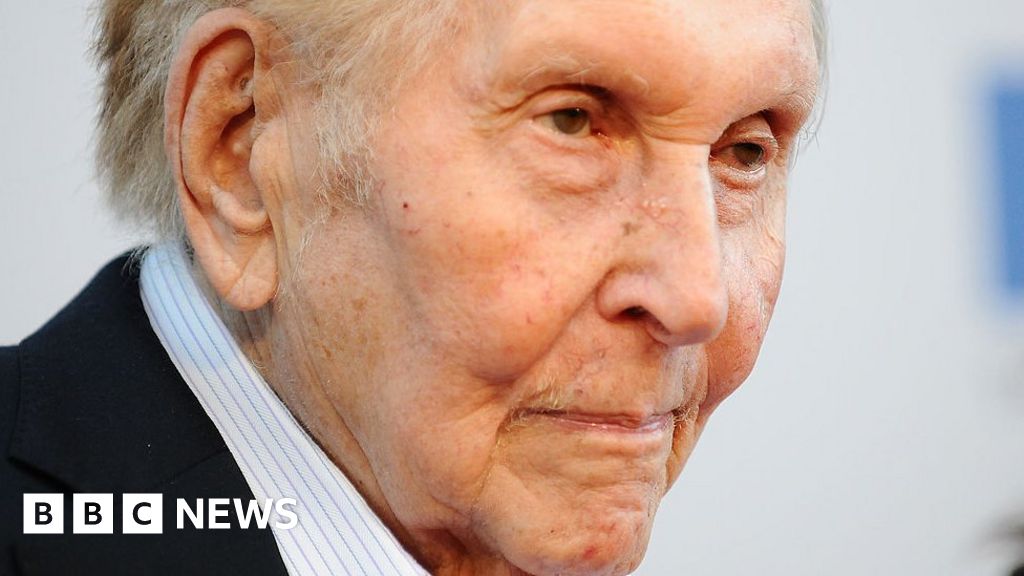 Sumner Redstone, one of the US media giants who shaped the modern entertainment industry, has died at the age of 97.

Redstone took over his father’s drive-in movie theatre business National Amusements and turned it into a multi-billion dollar cinema and media empire.

His fearsome and fearless approach saw him take on top film executives and even feud with family members.

‘A force of nature’

Redstone is credited with helping save cinema by developing the multiplex model in the 1960s, bringing movies into shopping malls and having more than one screen per site. His company eventually spanned the worlds of film, TV and publishing.

It controlled TV networks Comedy Central and Nickelodeon and the Blockbuster video rental chain, and helped usher programmes like The Big Bang Theory and CSI into US homes, and blockbusters like Titanic and Top Gun to the silver screen.

The news of his death was confirmed on Wednesday by ViacomCBS.

He added: “He was a force of nature and fierce competitor.”

His once-estranged daughter, Shari Redstone, who effectively took over the business as her father’s health deteriorated, said she was “so proud to be his daughter”.

She told Variety in a statement: “My father led an extraordinary life that not only shaped entertainment as we know it today, but created an incredible family legacy.

“Through it all, we shared a great love for one another and he was a wonderful father, grandfather and great-grandfather.”

Redstone, who was married twice, received a star on the Hollywood Walk of Fame in 2012.

Towards the end, his family legacy was marked by very public legal wranglings over the business and allegations about cash gifts given to his mistresses.

A former lawyer and Harvard University graduate, Sumner Redstone once survived a hotel fire by hanging from the ledge of his third floor hotel-room window, and then later beat prostate cancer.

“I have no intention of ever retiring, or of dying,” said the health food enthusiast in a interview in 2009.

He wrote in his 2001 autobiography A Passion to Win that his own father had changed the family name from Rothstein to Redstone.

“I thought my father was trying to walk away from our being Jewish,” he wrote. But others close to the family said it was in fact Sumner who wanted the name change, to avoid any wrongful association with the gangster Arnold Rothstein.

According to Forbes magazine’s most recently estimation, he was was worth around $4.6bn (£3.5bn).