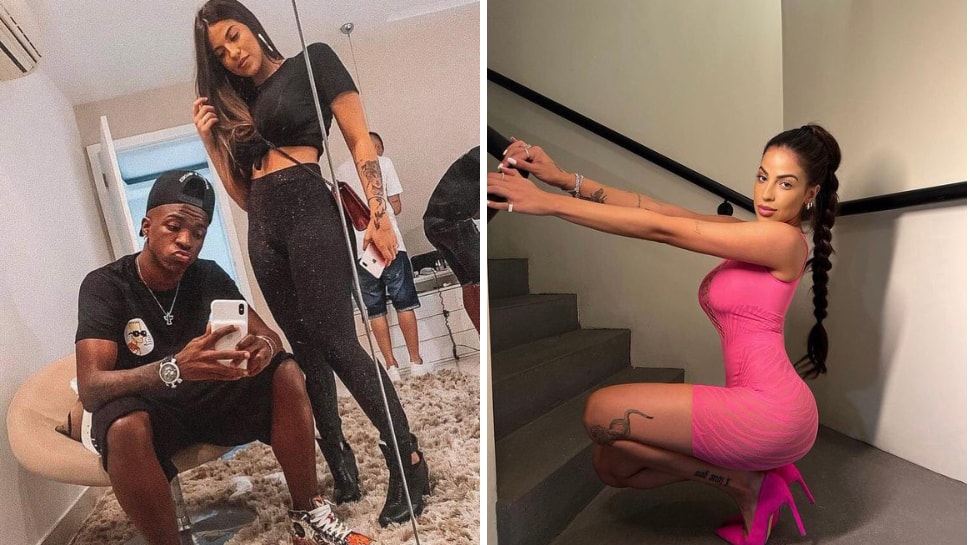 Brazil star Vinicius Junior has been making the headlines for his astonishing performances for club Real Madrid and national team Brazil. Many fans believe that the winger is one of the biggest talents in world football at the moment and has a very bright future as well. The question of who is the Real Madrid and Brazil star dating often comes to the minds of his supporters and world, here we bring you a few details about his rumoured relationship with Maria Julia Mazalli, who’s an Instagram influencer and model. Interestingly, she’s Brazilian just like Vinicius Jr.

Maria Julia Mazalli was born on October 30, 1995 and has over 1 million followers on Instagram. Moreover, she’s also appeared on TV on Brazilian reality show De Ferias com o Ex. As per sun.uk, Maria has been seen coming to support Vinicius Junior’s matches when he plays for Real Madrid. Currently, the Brazil star is in Qatar for the FIFA World Cup 2022.

Coming to football, Brazil will be playing in its eighth straight World Cup quarterfinal, and 14th overall, joint-most with Germany. The national team has lost three of its last four quarterfinal appearances, and was embarrassed as the host nation in the 2014 semifinal in a 7-1 defeat to Germany. Brazil wants to keep the dancing going at the World Cup when it faces Croatia on Friday with a spot in the semifinals on the line. The Brazilians have made it clear they will not back from their goal celebrations in Qatar despite criticism by some.

“It’s part of the Brazilian culture,” Brazil coach Tite said Thursday. “It’s not about disrespecting our opponents. It’s just who we are.”

Tite himself was dancing with his players after Brazil scored in the 4-1 win against South Korea in the round of 16 on Monday. Former Manchester United midfielder Roy Keane was among those criticizing the Brazilians for their dancing. (With PTI inputs)