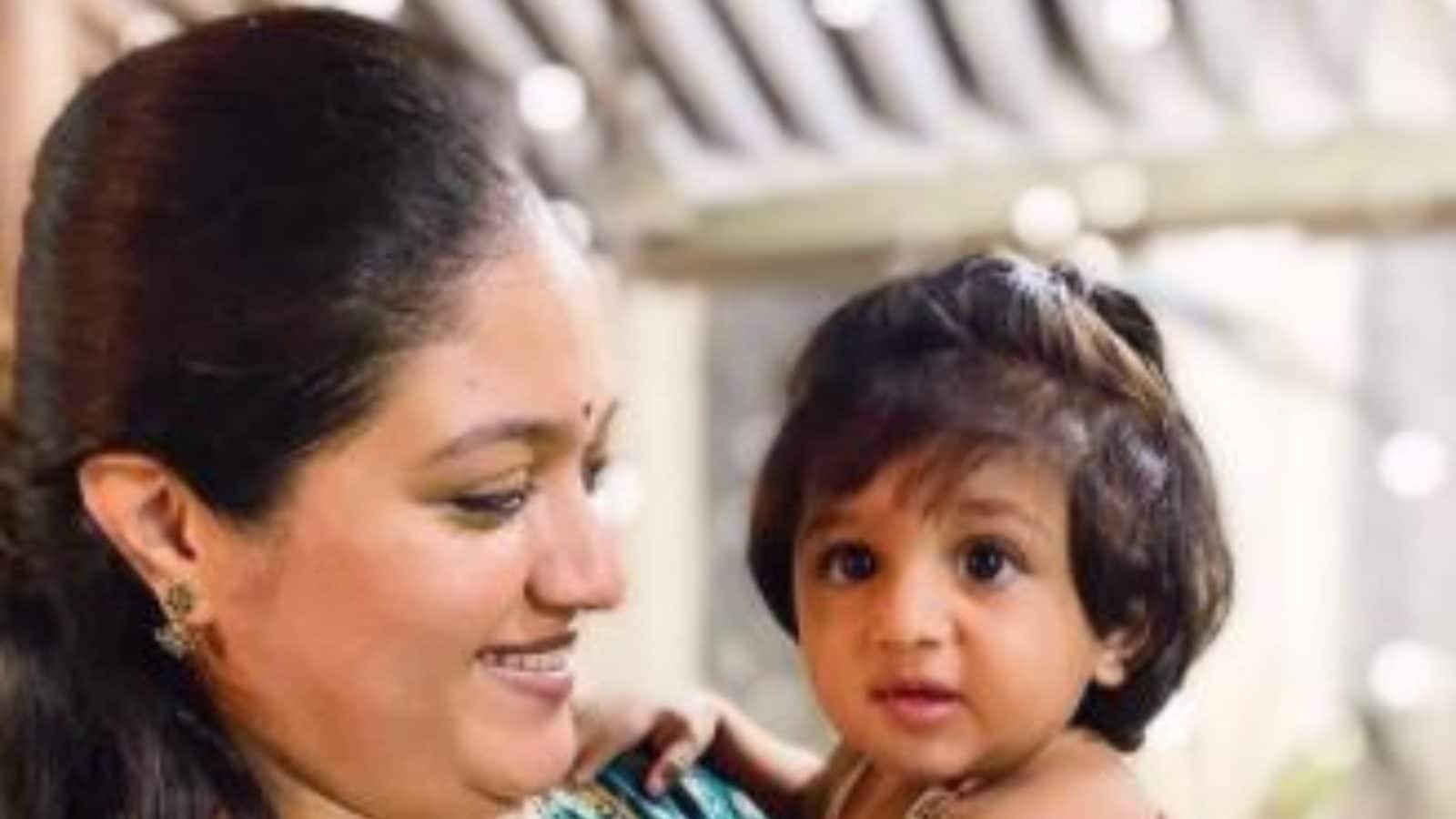 Actor Meghana Raj Sarja, who welcomed her first child few months after her husband and Tollywood actor Chiranjeevi Sarja passed away of a heart attack, has revealed the name of her son on Instagram today. Meghana and Chiranjeevi’s son was born on October 22, 2020, however, the actor did not reveal the name of her newborn baby. On Thursday, Meghana had shared a video on her Instagram handle and told her followers that she will soon be revealing the name of her son. The teaser also listed a number of names that Chirnajeevi’s son is fondly called by fans and loved ones including Simba, Prince, Junior Chiru, Junior and Chintu among others.

In the latest Instagram upload, Meghana shared a one-minute-thirty-two-second video on her IGTV where she finally unveiled the name of her son. The video opens with a sentence that reads, “The gates of paradise are now open.” Viewers are then shown visuals of Meghana and Chiranjeevi’s wedding where the couple looked very much in love. It then follows a montage of the couple’s only child who is seen dressed up in adorable onesies. In the end, the name of the child is revealed as Rayaan Raj Sarja.

The name Raayan is believed to translate to ‘little prince’ in Sanskrit, while in Arabic the word means ‘gates of paradise/ heaven’, the same sentence that appeared in the video shared by the actor. Raayan’s father, Chiranjeevi Sarja, passed away on June 7, 2020, at the age of 39, due to a cardiac arrest. At the time of his demise, the 31-year-old actor was five months pregnant.

Meghana often shares pictures of Chiranjeevi and Raayan on her social media handle. Most recently Meghana and Raayan were seen in a portrait shared by the actor on the occasion of Janmashtami. Meghana dressed her son as a little version of Lord Krishna as he wore a red dhoti and necklace.

Vikrant Massey, Radhika Apte Meet Uttarakhand CM Along With the Team of Forensic