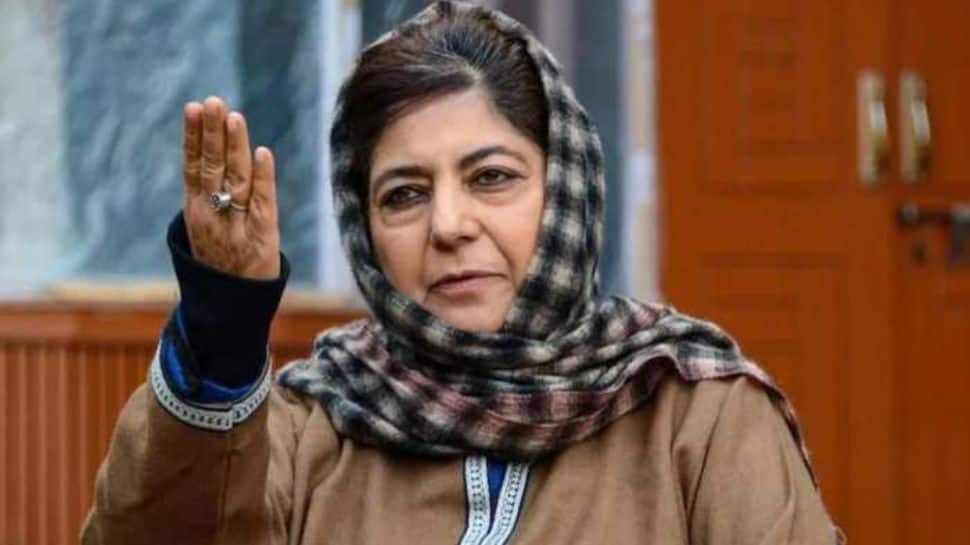 Srinagar: People’s Democratic Party (PDP) chief Mehbooba mufti said her party will extend an un-conditional support to all political organisations who are ready to join the fight for the restoration of rights of the people of J&K. Mehbooba Mufti after chairing the party’s Political Affairs committee (PAC) meeting to deliberate upon the current political situation, said the current BJP government running through LG in Jammu and Kashmir is coming out as a most corrupt regime in the history of J&K. Mufti said that the government has failed to create new jobs resulting in all times high rate of unemployment.

The former CM said “The government jobs are on sale. No recruitment has happened transparently on merit in the last 4 years , the proof being the hasty scrapping of recruitment lists of JKSI , FAA and now JE Jal Shakti due to large scale corruption charges”. “While all this is happening to the youth, their families are being evicted from lands their forefathers have been tilling for generations”, she added.

She added “Those who are having jobs for decades and built small worlds of their own by joining the mainstream are dismissed and pushed to the darkness that they fought to come out from. And now along with their families and dependants find themselves abandoned by the state”.

Mehbooba Mufti alleged that central government run by BJP wants to change the political demography of Jammu and Kashmir by including outside voters in Jammu and Kashmir and the BJP run government is lashing atrocities upon those who raise voice against them and dare to tell truth.