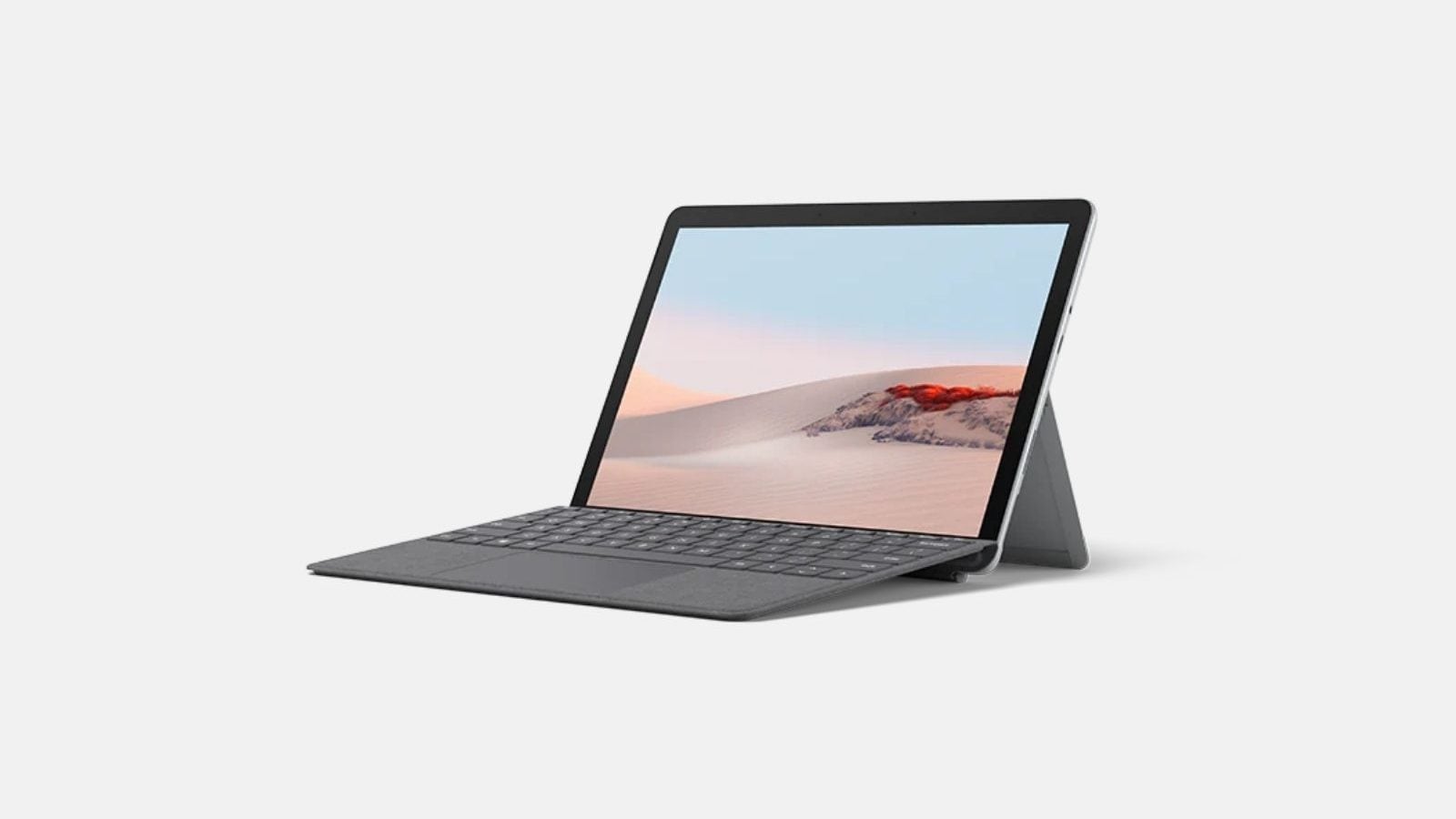 Surface Go 3 will be unveiled during Microsoft’s Surface Event on September 22. Image of the Surface Go 2 used for representation. (Image Credit: Microsoft)

The Microsoft Surface Go 3 has been a part of the rumour mill for some time, and has appeared in several benchmark listings over the past weeks.

Microsoft recently announced a Surface event that is set to take place on September 22. During the event, the Redmond, Washington-based giant is said to unveil new Surface products including the Surface Duo 2, new Surface Book laptop, and more products. The company is now reported to also unveil the Surface Go 3 during the event that is said to be launched in two variants – an Intel Pentium Gold, and an Intel i3 processor model. The upcoming convertible laptop has been a part of the rumour mill for some time, and has appeared in several benchmark listings over the past weeks, giving us a fair idea as to what to expect from Microsoft’s Surface Go 3.

The Surface Go 3 was recently spotted in a Geekbench listing with a codename OEMAL, which also hinted at the tablet’s Surface Go 3 name. The tablet was spotted with a Pentium Gold 6500Y processor variant, and an Intel Core i3-10100Y-powered variant. These processors came with an Intel UHD Graphics 615, two processing cores with multithreading support. Further, a recent report in WinFuture has shed light on the upcoming device. This will be the third-generation convertible laptop from Microsoft. The Surface Go 3 is rumoured to come with the same design as its predecessor. It may come with a 10.5-inch display with an FHD resolution. Further, the design is reported to use magnesium allow and will feature a fold-out stand. The new Surface Go 3 will adopt a fan-less design. This means that it won’t use any fans for cooling.

iOS 15, iPadOS 15 and watchOS 8 Will Start Rolling Out on Sept 20, Apple Announces