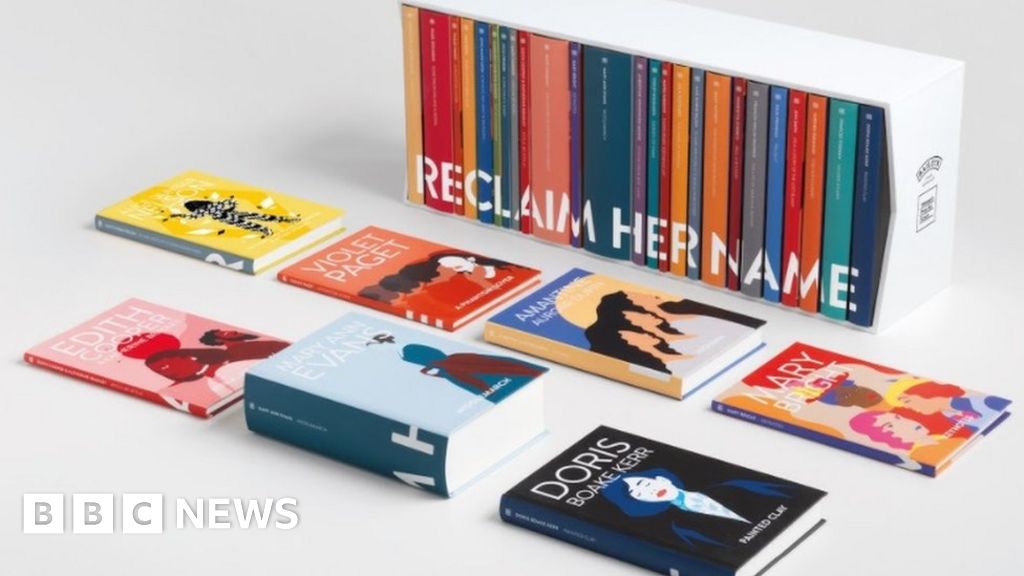 The collection includes George Eliot’s Middlemarch, which has been reissued under the author’s real name, Mary Ann Evans, for the first time.

The 25 titles have been released to mark the 25th anniversary of the Women’s Prize for Fiction.

Other titles in the collection include A Phantom Lover, a gothic horror novel Violet Paget published under the pen name Vernon Lee.

Founder director of the Women’s Prize for Fiction, Kate Mosse, said it was “a lovely way to celebrate” the award’s 25th anniversary.

She said the initiative would continue a process of “empowering women, igniting conversations and ensuring they get the recognition they deserve”.

Liz Petry, whose mother Anne’s book Marie of the Cabin Club is featured in the collection, said she was “honoured” to have been approached.

“I’m incredibly proud of my mother’s work and it excites me that her writing has been introduced to a new audience,” she continued.

The full collection can be downloaded as free e-books from the website of Baileys, the Women’s Prize for Fiction’s former sponsor.

Physical box sets will also be donated to selected libraries across the country.