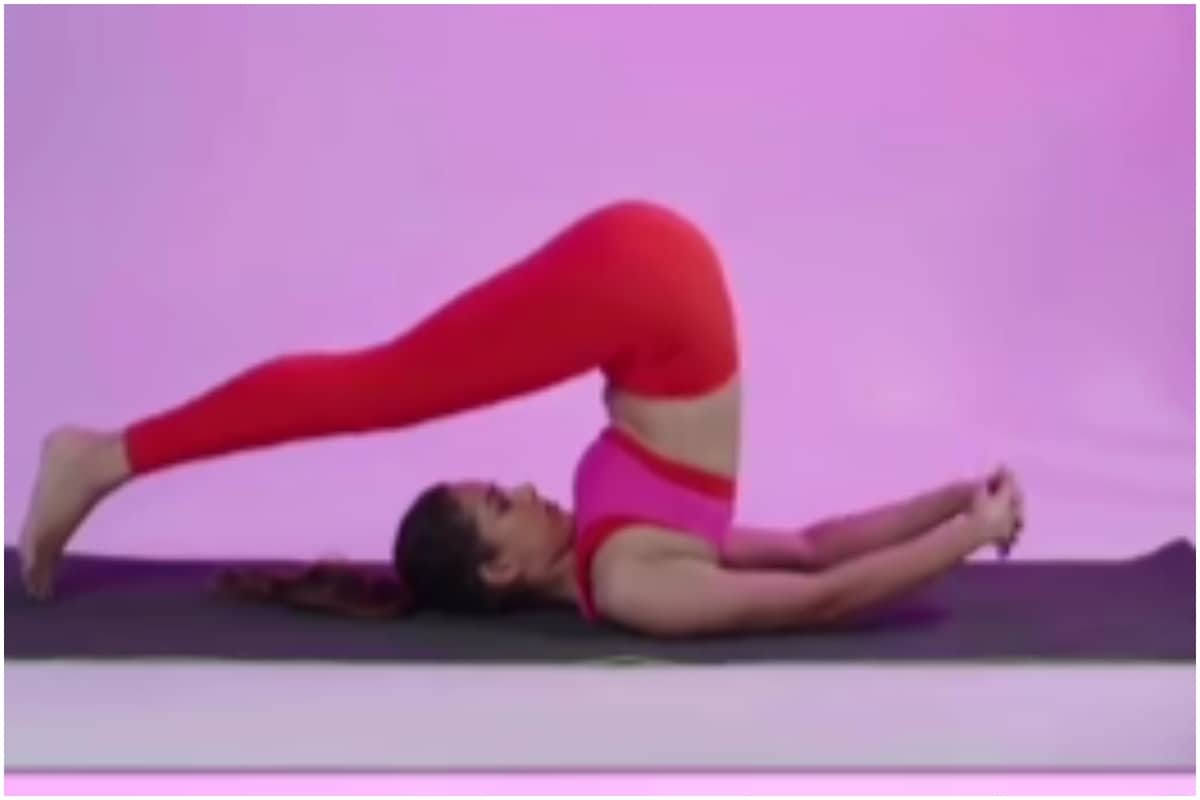 Shahid Kapoor’s wife Mira Rajput Kapoor on Thursday morning shared a goofy video from her Yoga session on Instagram. The star wife shared an expectations vs reality clip where she showed the two segments of Halasana or the Plough pose. In the first segment, she showed what she expects or what she thinks before yoga and in another, she showed what actually transpires. The clip starts with Mira walking to her Yoga class with a bright smile.

The clip then shifts to Mira lying on her yoga mat in pink athleisure. In the first segment, she can be seen doing Halasana perfectly without any struggle and thinking “I’m going to Nama-slay,” and “This is how I’m going to look.” However, in the next segment, she can be seen struggling to do the yoga pose while several thoughts go on in her mind. Her thoughts from “When is it over” to “I can’t do it anymore” and “Pizza tonight” can be seen popping up on the screen. However, after all these struggles, she manages to pull the aasana. She captioned the post as “YOGA 101: Expectations vs Reality!” The star wife left everyone stunned by slaying the plough pose as she clocks her legs over her head.

Well! The hilarious clip is quite relatable.

Mira is quite a fitness enthusiast and loves doing Yoga. She often shares snippets from her yoga classes and can be seen loving every bit of it. A couple of days ago, she dropped a picture of herself donning in a blue athleisure as she flaunts her post-yoga glow. She captioned the post as “Flowing for the glow”.

Fans have showered her post with love and praises.

Earlier, she dropped a motivational video shelling out some major fitness goals on International Yoga Day. In the clip, she can be seen doing yoga in an open space. In the video, she revealed that she was inspired to deepen her Yoga practises after giving birth. In the caption, she wrote that one doesn’t need to be a Yogi to do Yoga.

Mira married Shahid Kapoor in 2015. The couple is parents to two kids: Misha and Zain.