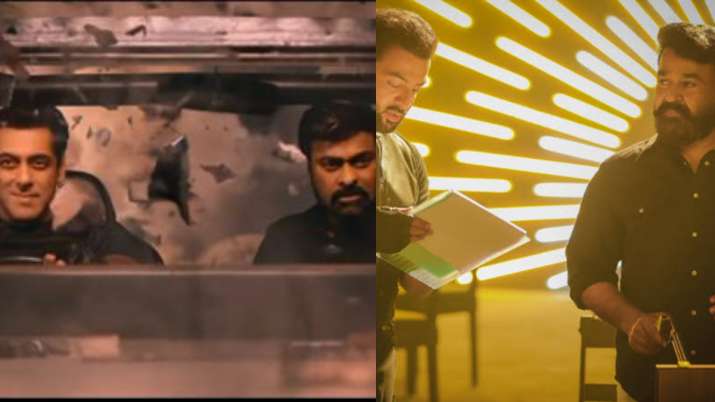 Mohanlal fans have not been receiving the recently released teaser of Chiranjeevi’s Godfather with enthusiasm. The movie is the remake of the 2019 Malayalam blockbuster Lucifer, featuring Mohanlal. As the teaser of Godfather was unveiled on the eve of Megastar Chiranjeevi’s birthday, while there was a section of people who loved the first footage from the film, the others found it to be unimpressive. Mohanlal fans did not like how the teaser turned out to be and started comparing the two films as the hashtag ‘Lucifer’ started to trend on Twitter.

Godfather will be released on October 5 later this year. The film’s teaser showed Chiranjeevi in an action-packed avatar. Salman Khan, who is making his Telugu film debut with a special role in the upcoming film, was also seen in the first footage from the movie. Nayanthara, who is the leading lady, is also featured in the 1.30 mins teaser of Godfather. Chiranjeevi fans were elated as the footage from his highly-anticipated movie hit social media platforms.

A section of social media users was not impressed with the teaser of Godfather. Stills from Lucifer were shared widely on social media platforms and many pointed out how the tone of the political drama film has been changed for the Telugu remake. Reacting to the Godfather teaser video, one of the social media users commented, “One & Only God Father (sic).” Another one said, “Anyone can try to remake a #Mohanlal film But no one can act above Mohanlal #Lucifer – Replacement Error (sic).”

Although Godfather is an official remake of Lucifer, the producers have pledged to create a storyline that portrays Chiranjeevi in exactly the way his fans want him to be seen on the big screen. It is said to be an intense political drama. Produced by Konidela Production Company and Super Good Films, the film will feature the music of the celebrated composer Thaman.