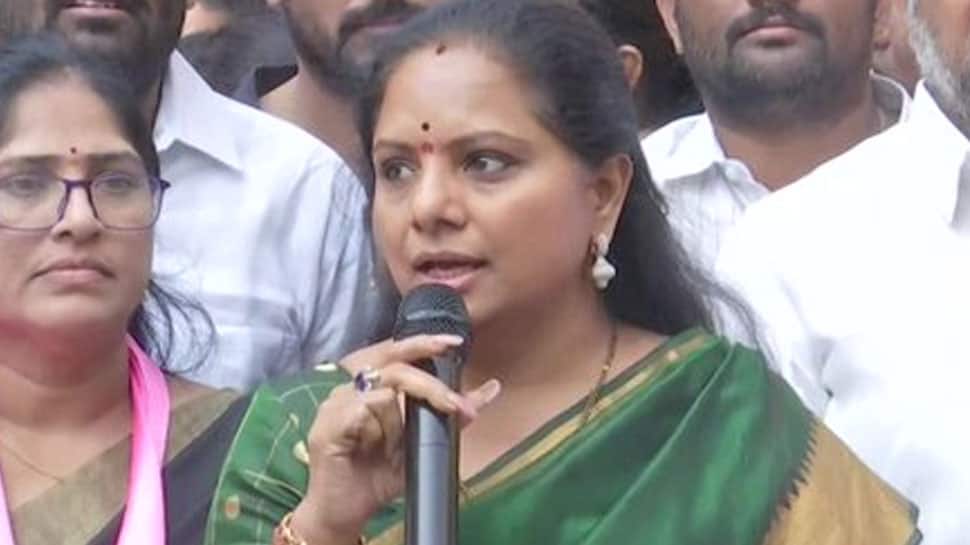 Hyderabad: In more trouble for Telangana Chief Minister and TRS chief K Chandrashekhar’s daughter K Kavitha, the Central Bureau of Investigation (CBI) on Tuesday informed said that TRS MLC will be questioned in connection with the ‘Delhi Excise Policy scam’ on December 11. The central agency said that a team of its officials would visit her residence in Hyderabad on December 11 for questioning in the case. The central probe agency said this in response to a letter written by Kavitha to the investigation agency that she would be able to meet the CBI team during December 11-15 (except on the 13th).

“In this regard, it is informed that the CBI team will visit your residence at 1100 hrs on 11.12.2022 for your examination and recording of your statement in connection with the investigation of aforesaid case,” a CBI official told Kavitha in a communication. The communication was shared with media by Kavitha’s office here. The CBI official asked her to confirm her availability on the said date and time at her residence at Banjara Hills here.

Kavitha, who has been served with a notice by the CBI for questioning in connection with the Delhi Excise Policy scam case, on Monday said she will be able to meet the sleuths from December 11-15 (except on the 13th) instead of December 6, due to her preoccupied schedule.

In a letter to the investigation agency, Kavitha said she had gone through the contents of the FIR copy as well as the complaint available on the website in connection with the case and her name did not figure anywhere in any manner whatsoever.

“As proposed by you, I am not in a position to meet on 6th December 2022, because of my preoccupied schedule. I will be able to meet you either on 11th, 12th or 14th or 15th of this month whichever is as convenient to you at my residence in Hyderabad. Same may please be confirmed at the earliest,” she said in the letter to the CBI.

The letter was addressed to Raghavendra Vatsa, Head of Branch/ DIG, CBI, ACB Delhi. The CBI on December 2 issued a notice to the TRS MLC for questioning in the case on December 6. The probe agency asked her to intimate the place as per her convenience for the “examination” at 11 AM on the day.

After her name cropped up in a remand report filed by the Enforcement Directorate in a Delhi court on the alleged kickbacks in the scam, Kavitha had said she was ready to face any probe.

The CBI on November 25 filed its first charge sheet in the case against seven accused. “As per the investigation carried out so far, Vijay Nair, on behalf of leaders of AAP has received kickbacks to the tune of at least Rs 100 crore from a group, called South Group (controlled by Sarath Reddy, Ms K Kavitha, Magunta Srinivasulu Reddy) by various persons including Amit Arora,” the ED had said in the remand report filed on one of the accused — Amit Arora — in a Delhi Court.