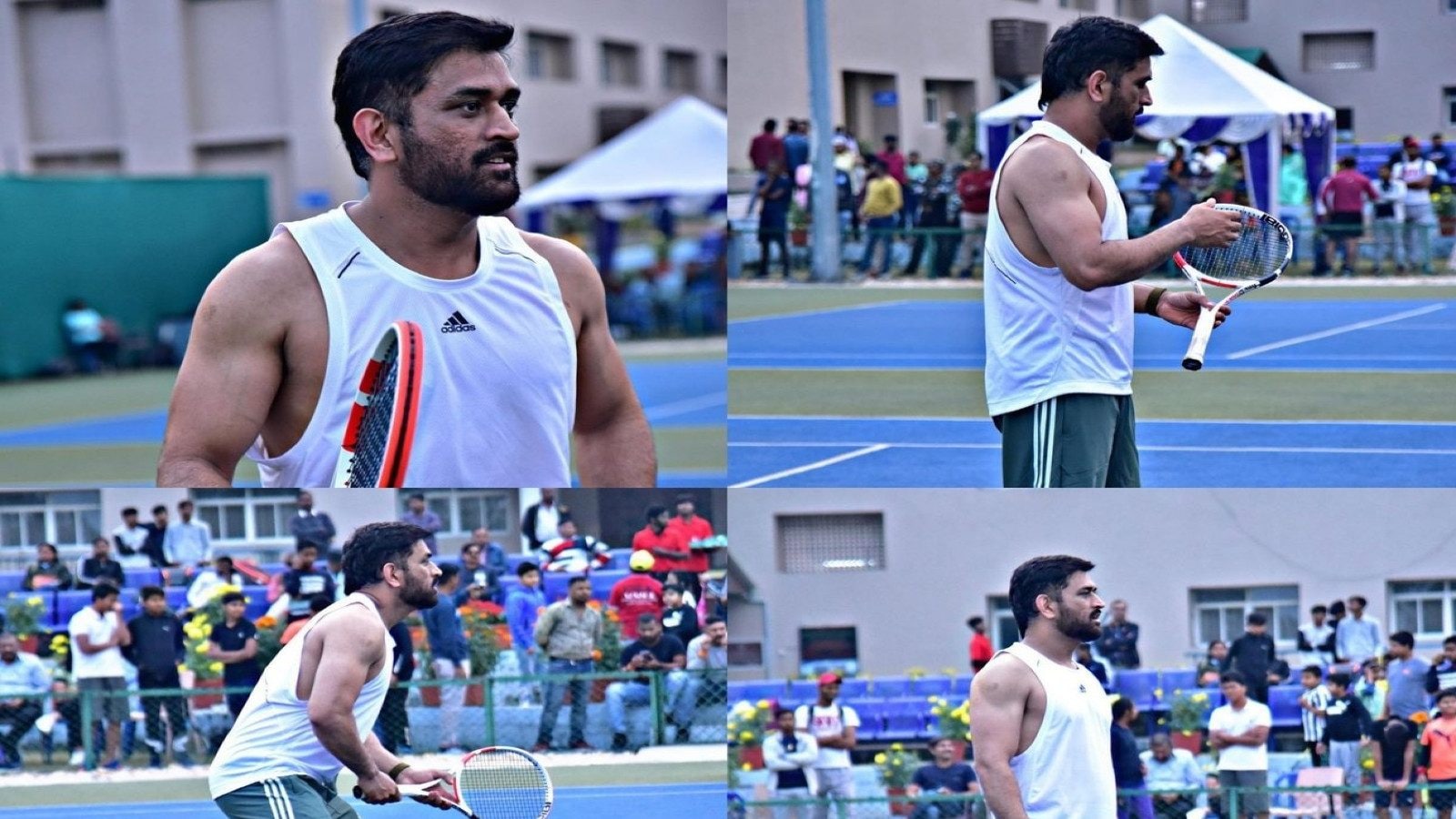 MS Dhoni may be missing from the cricket field, but this has not stopped him from collecting trophies for his cabinet. Dhoni recently teamed up with a local tennis player, Sumeet Bajaj, to win the men’s doubles event in a tournament organised by Jharkhand State Cricket Association (JSCA). Pictures of the 41-year-old playing Tennis have gone viral on social media.

While Dhoni emerging as a champion on the cricket field has been a common site for fans, few expected to see the Thalaivar with a tennis racquet. The photos are now making waves on the internet.

In his latest pictures, Mahi can be seen sporting a tank T-shirt that shows off his muscles and bulging biceps. Fans cannot help but go gaga over Dhoni’s muscular avatar.

Some fans even compared Dhoni to the current crop of Indian players.

One fan wrote, “He looks younger than half of the current Indian team.”

Many Twitter users commented that the former India captain was ageing backwards.

Mahendra Singh Dhoni will next be seen on a cricket field while playing in the Indian Premier League (IPL) next year. While nothing has been confirmed yet, many expect it to be the last tournament for Dhoni. Therefore, fans are hoping that the legendary skipper can win the IPL in his swansong tournament. Dhoni-led Chennai Super Kings (CSK) is one of the most successful teams in the IPL. Their success can be attributed to the fact that Dhoni cultivated a core group of players which included the likes of Dwayne Bravo and Ravindra Jadeja.

CSK announced their retention list for the 2023 season on November 15. The four-time champions released quite a few T20 specialists which included Dwayne Bravo, Robin Uthappa and Chris Jordan. However, CSK has retained the prolific all-rounder Ravindra Jadeja. It remains to be seen if Thalaivar can end his glorious career on a high.

Meanwhile, speculations are buzzing that Dhoni could also be seen taking up a major role with the Indian cricket team after their disappointing exit from the T200 World Cup. According to reports, Dhoni could be asked to work with the T20I squad alongside current head coach Rahul Dravid.