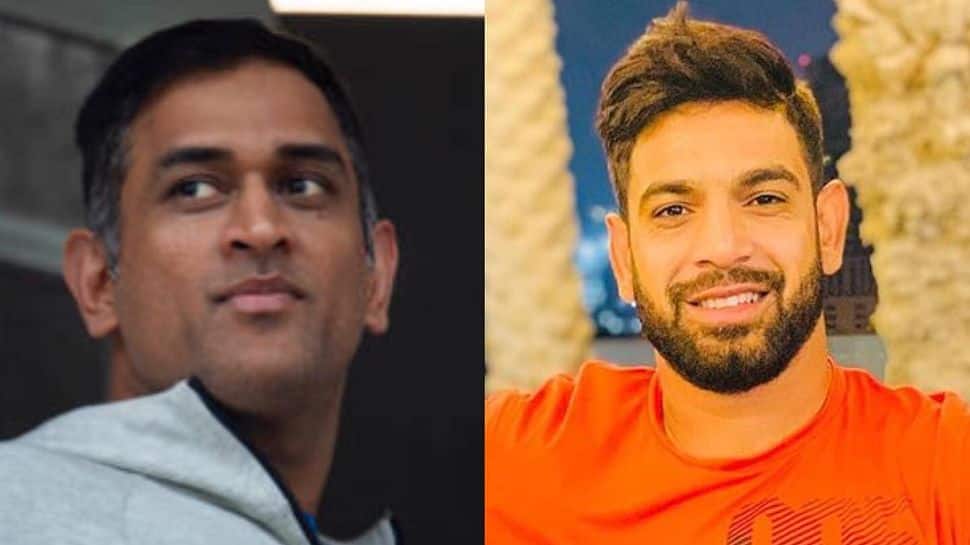 After the T20 World Cup match between India and Pakistan, Haris had met his idol and both of them had exchanged some notes.

Rauf returned a satisfied fan after meeting his cricketing hero, on that day.

Three months after that T20 clash, which Pakistan won by 10 wickets, MS Dhoni has sent a gift for Rauf. And that gift is a special one – it is CSK captain’s jersey from last year.

Sharing the pictures on his social media, Rauf wrote: “The legend & capt cool MS Dhoni has honored me with this beautiful gift his shirt. The “7” still winning hearts through his kind & goodwill gestures.”

Rauf also thanked CSK team manager Russell who seems to have played a big role in passing on the gift across the border.

This is not the first time an Indian has gifted something to a Pakistani cricketer. A few years back, after Mohammad Amir came back from serving his five-year ban, Virat Kohli had gifted him a bat before an IND vs PAK encounter in Asia Cup.

Also, when Shahid Afridi retired, Indian cricket team had sent a signed jersey to the former Pakistan captain as a gesture of respect.

Rauf, after getting Dhoni’s signed shirt, looks like a happy man today. He is among the fastest bowlers in world cricket today and has played a big role in some big Pakistan wins in T20Is recently.

Check out the photos he shared on his Twitter:

The legend & capt cool @msdhoni has honored me with this beautiful gift his shirt. The “7” still winning hearts through his kind & goodwill gestures. @russcsk specially Thank you so much for kind support. pic.twitter.com/XYpSNKj2Ia