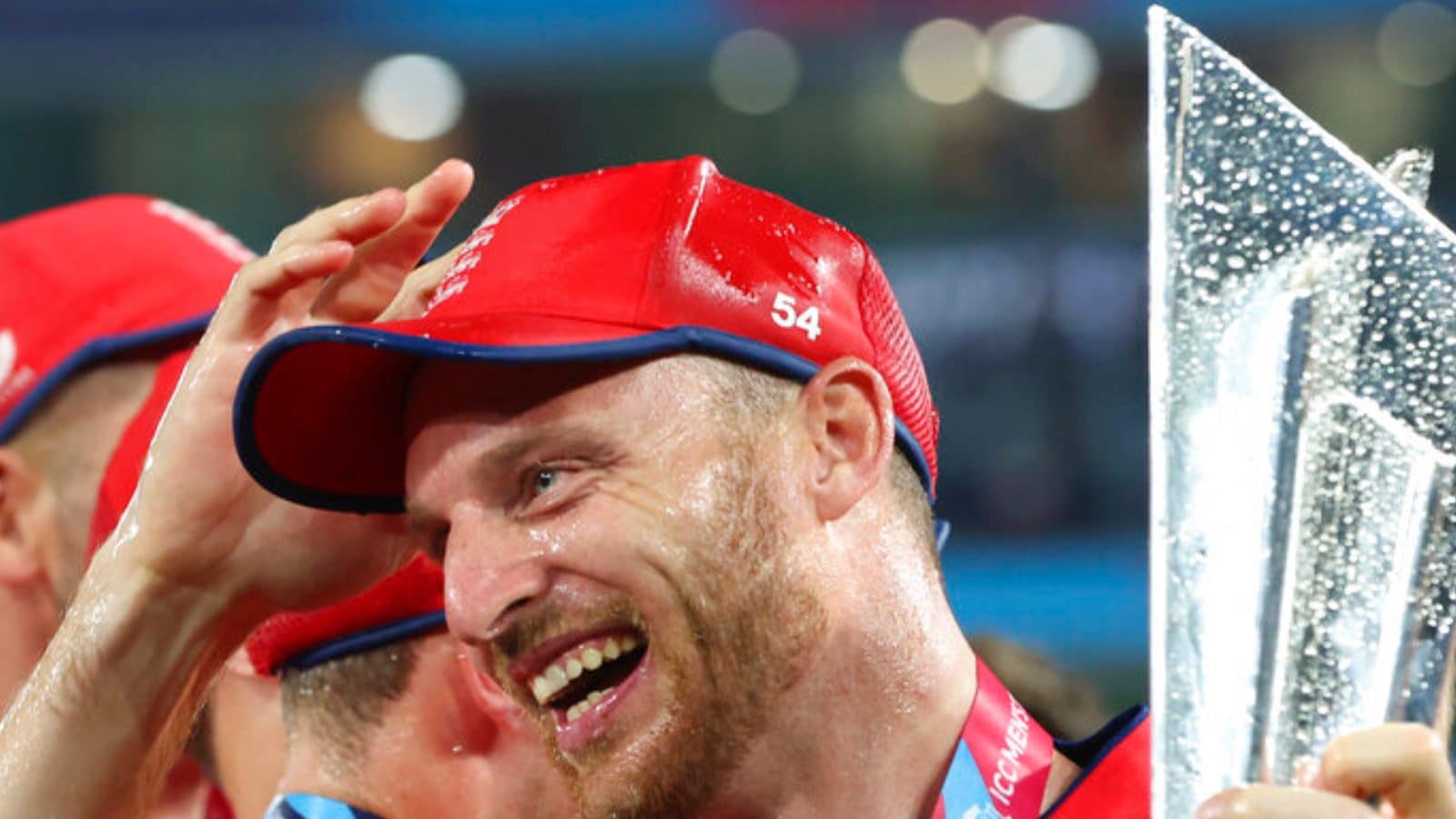 That Jos Buttler is a modern-day batting great is an established fact but now, he has added another achievement into his glowing CV: winning a world cup as captain. And he has achieved it in his first few months in charge after Eoin Morgan had announced his retirement throwing Buttler in the thick of action.

Also Read: How India Can Build a World-class Team With Some T20 Lesson From England

And Buttler, known for his fearless batting, has aced the challenge with flying colours. Former England captain Michael Vaughan feels that the wicketkeeper-batter has a golden opportunity to emulate the legendary MS Dhoni who is widely regarded as one of the greatest captains to have played the game.

“Now Buttler has landed the World Cup at the first time of asking and at the age of 32 he has the chance to build his own legacy. MS Dhoni went on for years as India captain. Buttler can do the same, especially now he is concentrating on one format,” Vaughan wrote in The Telegraph.

The 32-year-old Buttler is still relatively inexperienced in terms of captaincy but Vaughan feels he has grown into the role at a rapid pace.

“To be a winning captain you need the players but what this will do for Buttler is give him lots of confidence that his methods work. He is a young captain who has got better and better as the World Cup has gone on,” Vaughan said.

He also lauded England’s T20I squad for being in possession of every tool that has enabled them in countering every challenge opponents have throw at them.

“Buttler has had a trend and pattern but they have every tool in the bag with the ball so are able to counter whatever the opposition throws at them. There is steel there too. You can see it in Buttler’s eyes. When you have a left-arm seamer, pace, swing and spin, three spinners you have everything covered as a captain,” Vaughan said.

He continued, “That for me is the benchmark for white ball cricket — you have to have options. They have a good think-tank but you can only do that if you have world-class performers who can win you a game. From 1-11 they have match-winners.”