Home India State MVA govt will further continue and come to power in Delhi too:... 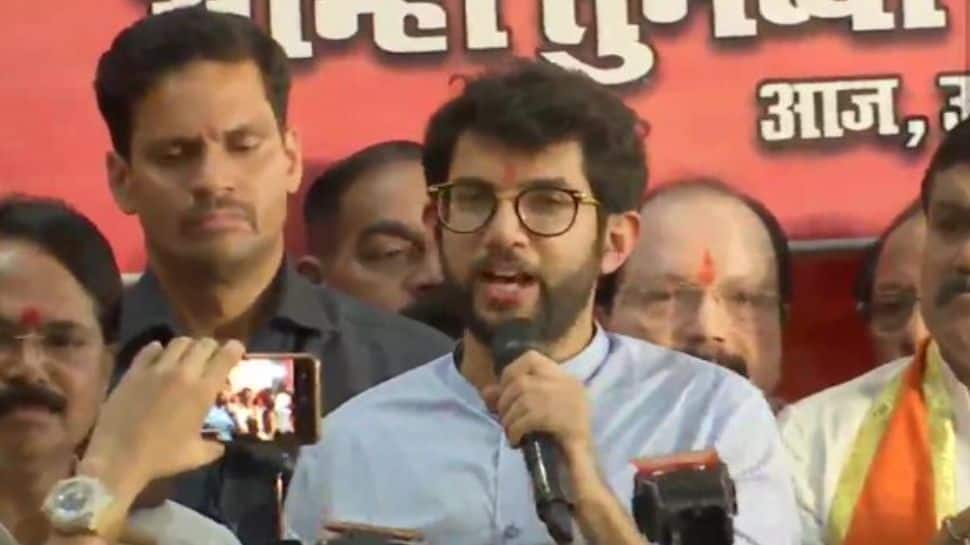 New Delhi: As political turmoil continues to grip the Maharashtra government, Shiv Sena leader Aaditya Thackeray on Monday (June 27, 2022) said that the Maha Vikas Aghadi (MVA) government won`t fall. While talking to the reporters, the Maharashtra minister said, “We are confident of winning. We have all love with us. Those who betray don`t win. Those who run away don`t win.”

In a jolt to Uddhav Thackeray camp, Higher and Technical Education Minister Uday Samant joined the party rebels led by Eknath Shinde at Guwahati. Aaditya Thackeray also sought to play down Maharashtra Minister Uday Samant joining rebel faction led by Eknath Shinde and said, “it is his decision”. “It is his decision. But he will come before us someday, he will have to look us in the eye someday. Let`s see,” Aaditya Thackeray said.

Additionally, Aaditya Thackeray that he is aware of their strength and anger. Aaditya said that when the Chief Minister was hospitalised, the rebel MLAs “sold themselves”.

“I can understand your zeal & strength, can even notice your anger. I’ve been visiting & interacting with Shivsainiks & I can see there is a lot of anger among them. But there is one positive thing that the dirt has gone out of Shiv Sena,” the Maharashtra minister said.

I can understand your zeal & strength, can even notice your anger. I’ve been visiting & interacting with Shivsainiks & I can see there is a lot of anger among them. But there is one positive thing that the dirt has gone out of Shiv Sena: Aaditya Thackeray to Shivsainiks,in Mumbai pic.twitter.com/MDeJqgAhZD
— ANI (@ANI) June 27, 2022

“When the CM was hospitalised, they (rebel MLAs) sold themselves. I would like to ask them, is there no humanity left? We trusted them,” said Aaditya Thackeray to Shivsainiks in Byculla, Mumbai.

The battle between the groups has now reached the Supreme Court which on Monday granted interim relief to Shinde and other MLAs to file their reply to disqualification notices issued to them by the Deputy Speaker of Maharashtra Assembly by July 12, 5.30 pm.