Home Sport ‘My wife and I had to..’: Irfan Pathan slams Vistara airlines over... 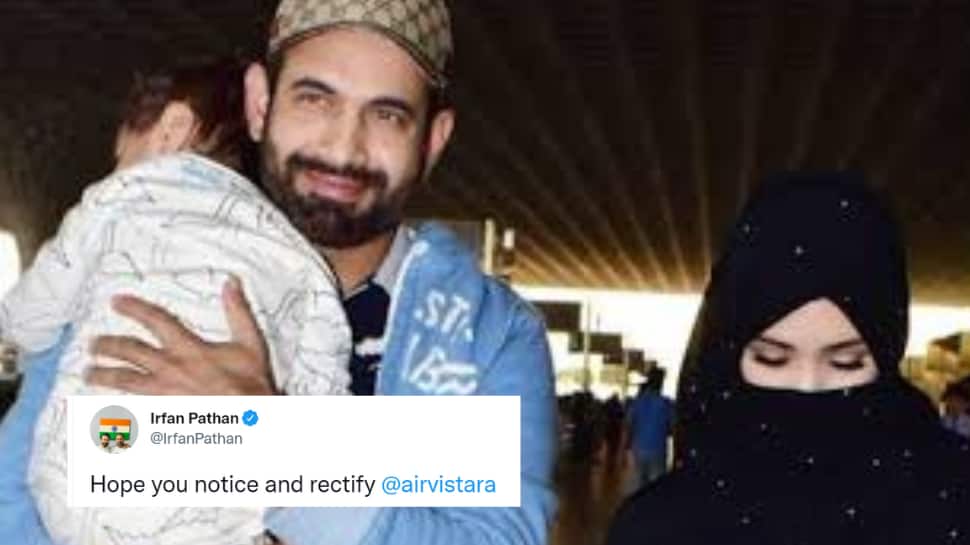 Former Indian cricketer and broadcaster Irfan Pathan slammed the Vistara Airlines on Wednesday (August 24) for he was treated badly by their onground staff when he was boarding his flight from Mumbai to Dubai. Irfan was with his family including his wife and two kids, one an 8-month baby. As per Irfan, Vistara downgraded seats of Irfan and his family despite having tickets in higher class. Irfam took to Twitter and wrote a note: “Today, I was travelling to Dubai from Mumbai by Vistara Flight UK-201. At the check-in counter, I had a very bad experience, Vistara was involuntarily downgrading my ticket class which was a confirmed booking. I was made to wait one and half an hour at the counter for a resolution. Along with me, my wife, my 8 month old infact and 5 years old child also had to go through this.”

“The ground staff were rude and giving various excuses. Infact, couple of passengers also had to go through the same experience. I don’t understand why they oversold the flight and how is this even approved by the management? I would request the conncerned authorities to take meediate action on these incidents so that no one has to go through the same experience as I did,” he added.

Former Indian cricketer Aakash Chopra replied to Irfan’s statement and said, “Hey @airvistara, totally unexpected from you.” Irfan too replied to Aakash: “Specially after seeing infant in my arms too.”

Specially after seeing infant in my arms too.
— Irfan Pathan (@IrfanPathan) August 24, 2022

Irfan must be flying to Dubai to cover the Asia Cup that kickstarts in UAE on August 27 and will be held till September 11.