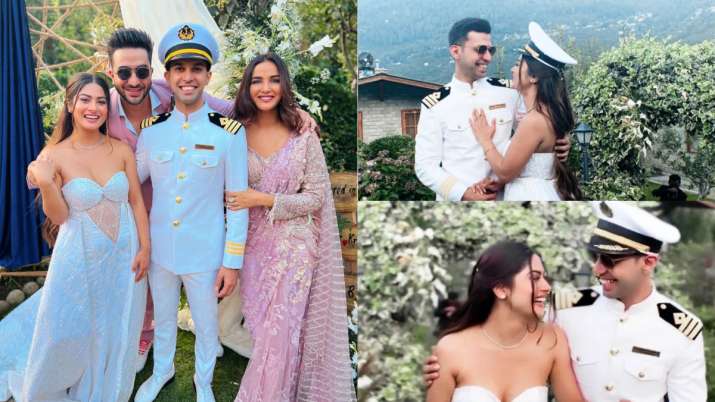 Krishna Mukherjee known for roles in television’s popular shows like Naagin and Ye Hai Mohabbatein exchanged rings wth her longtime boyfriend Chirag Batliwalla in an intimate ceremony. On Thursday, the couple got engaged in Manali in the presence of their family and close friends. Several celebrities from the tinsel town attended their celebrations including Shireen Mirza, Aly Goni, and Jasmin Bhasin, The couple looked like a match made in heaven as pictures from their first ceremony surfaced online. They were seen twinning in white attires which were inspired by a white-wedding theme.

Aly took to Instagram and shared a picture ft. Jasmin Bhasin with the couple. He wrote, “I had tears in my eyes because I know how much u wanted this day in ur life with this outfit and I m soo happyyy because u have got the besttttt guy in ur life and what an amazing human being he is  U guys are just made for each other  god bless u both and next year more dhamaaal on ur big day  #engaged #KrishRag.” 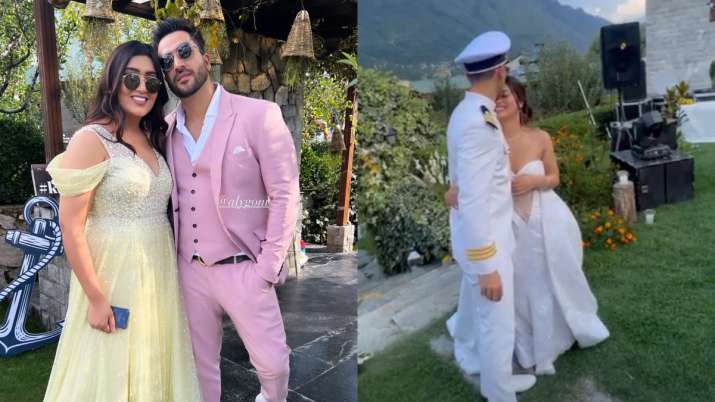 Ye Hai Mohabbatein actress and Krishna’s close friend Shireen shared several inside pictures and videos from the special day on her Instagram. In one of the pictures, Krishna is seen in a white robe while getting ready with her friends. She also shared group pictures of the actor’s friends. 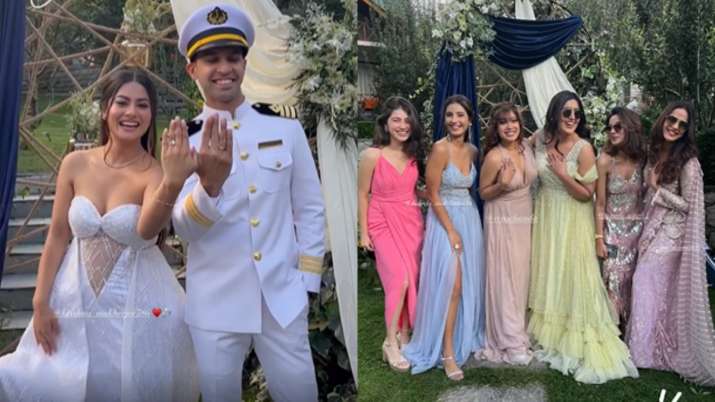 After the engagement, Krishna will tie the knot next year. Talking about her relationship, she earlier told ETimes, “We met through mutual friends in December last year and clicked instantly. He is not a part of this industry; he is in the Merchant Navy. I met him for the first time when he was in his uniform and was immediately attracted to him. He isn’t used to my profession, so I am not sharing his name because he is a private person.”

“I have never found a person who has loved me so much, he cares for me and does little things that I really adore. He makes me feel very special with his small gestures and I just knew in my heart that he was the one for me. It was the same for him, too, which is why we decided to take things ahead and get engaged. I am very happy and excited. But we don’t plan to get married this year, we will tie the knot in 2023,” she added.