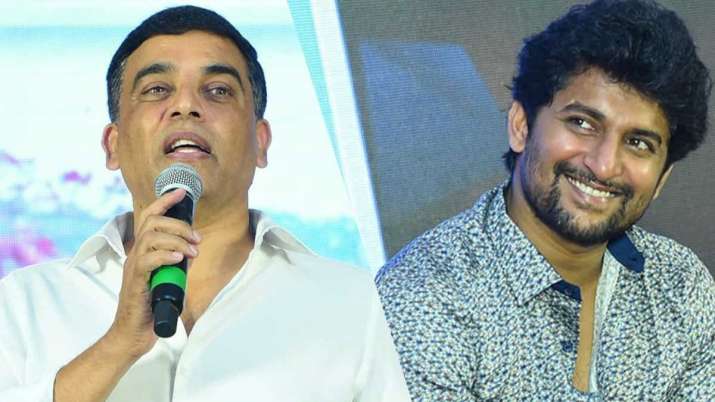 ‘Shyam Singha Roy’ producer Dil Raju has defended lead star Nani against criticism over the actor’s comments on the ticket price issue. The makers of Nani and Sai Pallavi-starrer had organised a successful event for the movie. Dil Raju, who addressed the gathering, spoke on the movie’s success. Dil Raju also conveyed that Nani is being targeted for no reason. Backing Nani for his comments on the movie ticket issue, Dil Raju said that Nani had spoken on issues faced by the Telugu film industry, but his words had been deliberately twisted.

“Nani was the only actor who gave up two theatrical releases. He understood the situation and allowed the makers to release his movies on OTT platforms. He is a sensible actor,” Dil Raju said.

“Some media people are trying to twist Nani’s words. Even the YouTube thumbnails are misleading. The forepart is chopped off just to make him bad,” he added.

Nani had spoken about the ongoing issue of movie ticket prices, which triggered negative reactions against the ‘Tuck Jagadish’ actor.

Meanwhile, Nani’s magnum opus ‘Shyam Singha Roy’ is in the limelight ever since it was announced.

‘Shyam Singha Roy’ becomes that revolutionary spark, who questions the ill practices of society. He is not just a revolutionary writer who is protesting against this religious practice but is also a powerful man who has the courage to take on rich and influential people. He is seen chasing off the evil people from harming the women, as he narrates a simple yet intense dialogue in Bengali. The teaser shows us glimpses of Kolkata and the indigenous.

Celebrating 16 years of Rang De Basanti with THESE powerful dialogues of Aamir Khan, R Madhavan & others

Evelyn Sharma on being trolled for breastfeeding photos: Why be shy?