Home India Narcoanalysis test for Aftab Poonawala: What is it and how can it... A court in Delhi’s Saket has reportedly allowed a narcoanalysis test of Aftab Amin Poonawala, who allegedly killed his live-in partner, chopped her body into over 30 pieces, stored it in a fridge, and then scattered the parts in a forest over several days.

Sources told NDTV that the Delhi Police suspect Aftab has been trying to mislead the investigation by furnishing incorrect information about what he did with the phone of his partner, Shraddha Walkar, and the saw he used to allegedly cut her body.

Aftab changed his answers during questioning about her phone, once he said he dumped the device in Maharashtra and the other time he said he threw the phone in Delhi, reports NDTV.

The police told ANI that the narco test can help them in determining if Aftab is telling the truth and also assess his mental state. The police team will be accompanied by a psychiatrist during the narco test, NDTV reported citing sources.

What is a narcoanalysis test and how is it different from a polygraph test? How can the test be helpful in the investigation? When has it been earlier conducted in criminal investigations? Let’s take a closer look.

What is a narcoanalysis test?

In narcoanalysis test, a drug, sodium pentothal, is injected into a person to place them in a ‘hypnotic state’. It is assumed that the subject’s imagination is neutralised and that they will then divulge information that they believe is true according to their knowledge.

The drug, called ‘truth serum’ in this context, was used in larger doses as anaesthesia, notes Indian Express.

The drug, sodium pentothal, is injected into a person in a narcoanalysis test. News18 Hindi (Representational Image)

The method was used during World War II for intelligence operations. Lately, it has been employed by probe agencies and is seen as a “viable effective alternate to barbaric third degree methods”, says Madhav University.

In India, this test is conducted by a team consisting of an “anesthesiologist, a psychiatrist, a clinical/ forensic psychologist, an audio-videographer, and supporting nursing staff”, as per Madhav University’s article on Narco-Analysis test and law in India.

However, the test has been criticised on the ground that it is not 100 per cent accurate.

Also, in some cases, the subjects have given false statements.

Meanwhile, in a polygraph test, a person’s blood pressure, pulse, respiration, blood flow and other physiological factors are measured. Instruments such as cardio-cuffs or sensitive electrodes are attached to the subject taking the test. It is assumed that the physiological responses triggered when a person is lying are different from what they would be in other circumstances, as per Indian Express.

As it is possible to “manipulate” the results of a polygraph test, thus it is also “highly unreliable”, notes Britannica.

What rules in India regarding narco test

In the 2010 Selvi & Ors vs State of Karnataka & Anr case, the Supreme Court delivered a landmark judgement saying that no lie detector tests should be administered “except on the basis of consent of the accused”.

A bench comprising Chief Justice of India KG Balakrishnan and Justices RV Raveendran and JM Panchal said, that those who volunteer to take the test must have “access to a lawyer, and have the physical, emotional, and legal implications of the test explained to them by police and the lawyer”.

The consent of the subject has to be compulsorily recorded before a judicial magistrate, the court said.

Moreover, the results of the tests cannot be considered “confessions” as those in a “drugged-induced state cannot exercise a choice in answering questions that are put to them”, reports Indian Express.

However, any information or item recovered because of details shared during the test can be admitted as evidence, the court ruled.

“We must recognise that a forcible intrusion into a person’s mental processes is also an affront to human dignity and liberty, often with grave and long-lasting consequences,” the court said.

The bench further noted that the state’s plea arguing the use of such scientific techniques would decrease ‘third degree’ methods “is a circular line of reasoning since one form of improper behaviour is sought to be replaced by another”.

In which criminal cases has the narcoanalysis test been recommended?

The Uttar Pradesh government had ordered the narcoanalysis test of the accused, the victim’s family and the investigating police officers in the gangrape and murder case of a 19-year-old Dalit woman in Hathras in 2020. The victim’s family had reportedly refused to take the test.

In August 2019, special judicial magistrate of CBI had permitted narcoanalysis test of the driver and cleaner of the truck that had hit the car of Unnao rape survivor near Rae Bareli which had left the victim and her lawyer injured, and two of her family members dead.

Indrani Mukerjea, accused of killing her daughter Sheena Bora in 2012, had offered to undertake the test in May 2017. However, the CBI had refused saying they already had enough evidence against her. 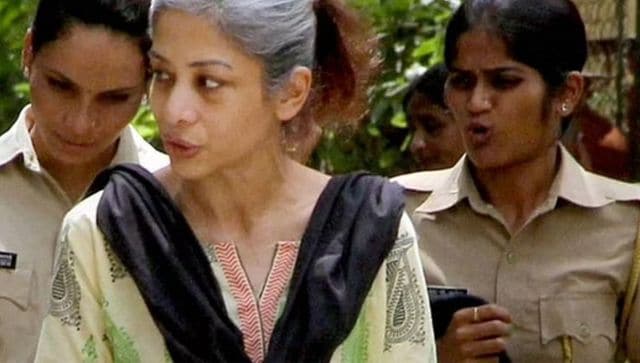 In the Aarushi Talwar-Hemraj Banjade murder case, a narco test was conducted on Krishna, Dr Rajesh Talwar’s assistant at his dental clinic.