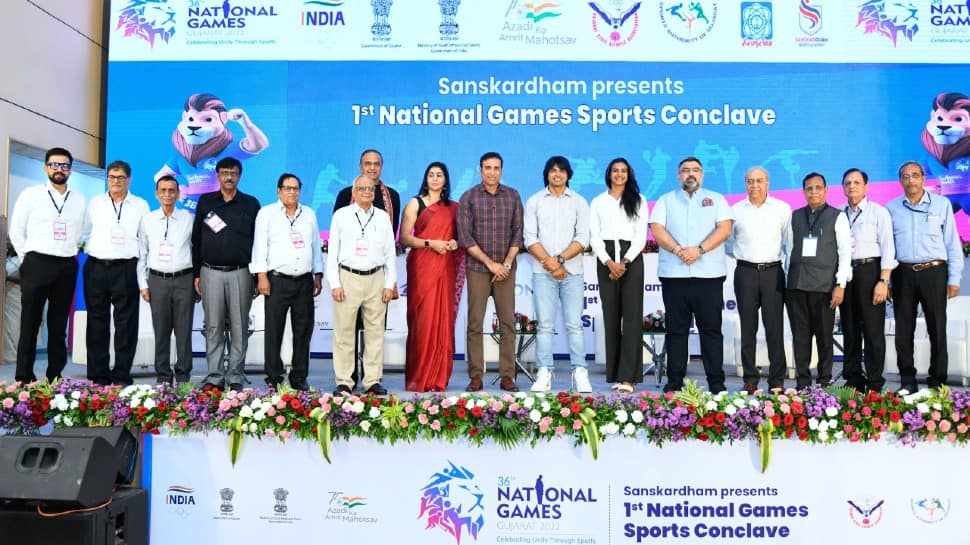 Gujarat will officially open the National Games 2022 in Ahmedabad on Thursday (September 29) with a glittering opening ceremony. Prime Minister Narendra Modi will officially declare the Games open in his home state in an event which will also be attended by Olympic gold medallist Neeraj Chopra and badminton star PV Sindhu.

The Opening Ceremony will be streamed & broadcasted LIVE by DD Sports & Prasar Bharti YouTUBE channel. The bulk of the sports will commence on Friday (September 30). The Games will come to a close on October 12.

Around 7000 athletes from 28 states and eight union territories along with the Services – sports team of the Indian Armed Forces are participating.  Overall, there are 36 sporting events in the National Games Roster.

Neeraj Chopra will not be participating in the National Games as he is recovering from injury. However, the javelin star joined in the ongoing Garba celebrations during Navratri at one of the famous venues, dancing alongside the enthusiastic crowd as well. The World Championship silver medalist also held the mic on stage to address the people present at the venue.

Olympic Gold Medalist and World Champion @Neeraj_chopra1 joins in to enjoy garba in #Vadodara, which is part of the Navratra celebrations in Gujarat, during his visit for the #36thNationalGames pic.twitter.com/Zj0UDpbw3l
— SAI Media (@Media_SAI) September 28, 2022

The National Games 2022 will begin from 29th September and will end on 12th October. The opening ceremony will be taking place on the 29th of September.

The 36th edition of the National Games, which will be officially called open on Thursday, have already become a case study for future hosts. “We could manage to do everything in 100 days,” said Gujarat sports minister Harsh Sanghvi.

“We wrote to the Indian Olympic Association (IOA) of our wish to host the Games in Gujarat in September and we were asked ifit was possible. We invited the IOA members and gave our plan, which they accepted,” Sanghvi added.

Where can I watch the National Games 2022 in India?

The National Games 2022 will be telecasted live on the DD Sports TV channel in India.

Where can I watch the live streaming of the National Games 2022 in India?

The National Games 2022 will be live streamed on the Prasar Bharati Sports YouTube Channel.

When will the National Games of India 2022 begin?

The National Games 2022 is making a comeback after a long gap of seven years. Majority of the events will begin on Friday (September 30) and the games will end on October 12.

Which all cities in Gujarat are hosting the National Games 2022?

The National Games 2022 will be held across six cities of Gujarat – Ahmedabad, Gandhinagar, Surat, Vadodara, Rajkot and Bhavnagar. However, the track cycling event will take place in Delhi at the velodrome.