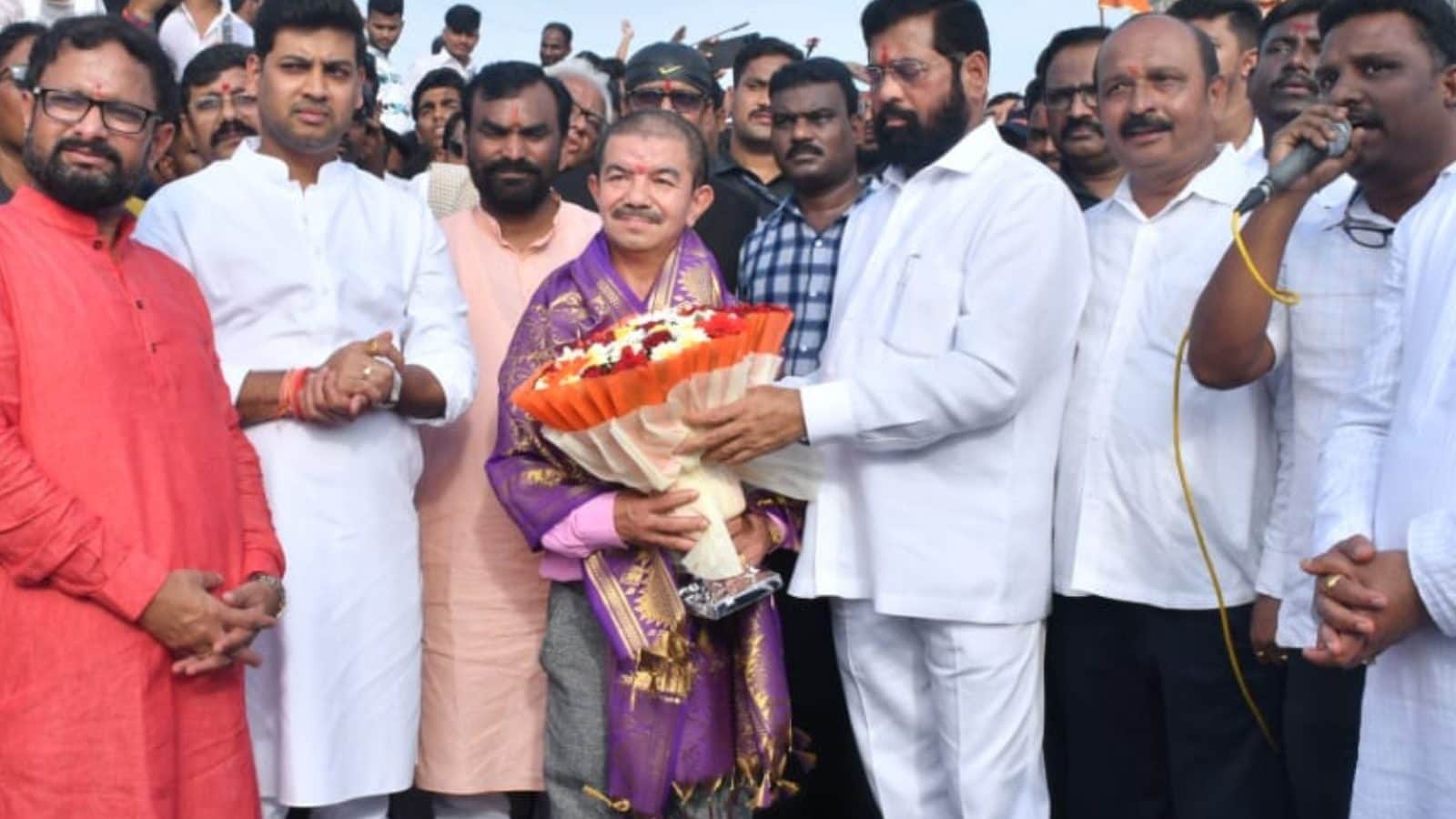 Champa Singh Thapa, who had served former Shiv Sena chief Bal Thackeray at his residence ‘Matoshree’ for almost three decades, joined the Eknath Shinde faction along with Moreshwar Raje in Mumbai on Monday.

Thapa was felicitated by CM Eknath Shinde in Thane’s Tembhi Naka area, where the chief minister had gone to participate in a Navratri procession.

While welcoming Thapa to the party, Shinde said, “On this auspicious occasion of Navaratri, everyone is happy that (pandemic-related) restrictions on festivals have been lifted… The joining of Thapa and Raje, who were like shadows of Bal Thackeray, had added to the pleasant atmosphere of festivities.”

Shinde said that Thapa and Raje decided to join his faction as he represents the “real” Shiv Sena and is taking forward the teachings of the Sena founder and Hindutva.

Thapa was one of the most trusted men of the Sena patriarch and helped him in his daily chores. He served him devotedly for 27 years before the Bal Thackeray’s death in November 2012.

He could be seen standing humbly behind Balasaheb’s seat during public meetings including Dussehra gatherings. He was also seen with Thackeray at every occasion and was seen with Uddhav Thackeray at his father’s funeral in 2012, according to The Indian Express.

His service to the elder Thackeray was acknowledged by Sena president Uddhav Thackeray by keeping Thapa by his side while performing the senior Thackeray’s last rites.

Thapa would attend to senior Thackeray’s phone calls and also pass on his messages to whoever called him. He would also take care of Thackeray’s meals, medical appointments, meetings and other chores and was like a member of Matoshree.

Champa Singh Thapa, who hails from Chimoli village in Nepal, came to Mumbai about 4 decades ago in the mid-1980s. He did menial jobs in Goregaon before he was employed in Matoshree.

He is also considered to be a crucial figure behind setting up Shiv Sena in Nepal.

He said the reason behind supporting Shinde was that the chief minister followed Balasaheb’s ideology.

Experts said that even if Thapa’s move to join Shinde camp is not a jolt to Uddhav Thackeray, it is a symbolic victory for the Maharashtra CM.