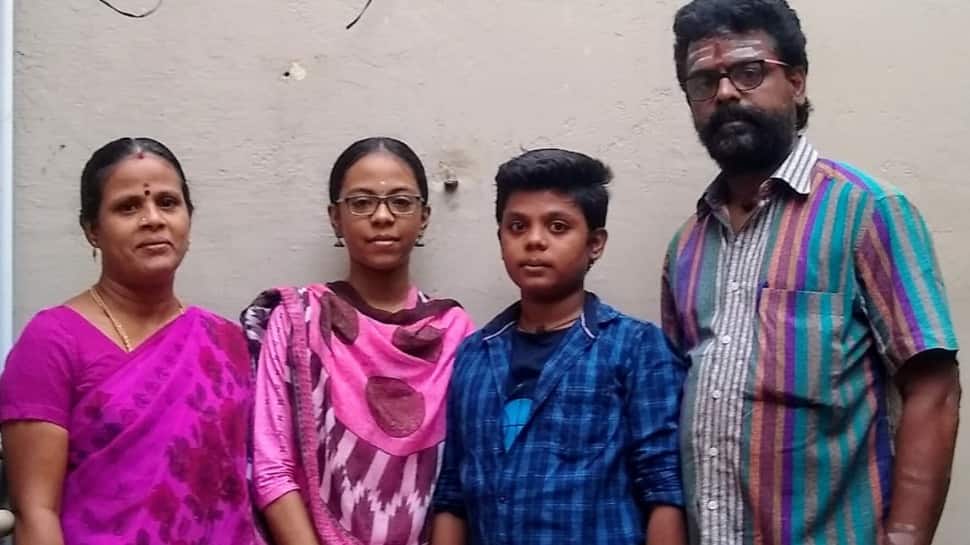 New Delhi: The head of the family is a truck driver with modest education, but the academically brilliant, high-achiever daughter is a medical aspirant. The young lady’s dreams were almost close to being shattered owing to a suspected technical glitch in the online portal that generates the exam admit card. However, the Judiciary turned saviour by helping the girl and her family out in a late night hearing that took place on Saturday evening, hours before the National Eligibility-cum-Entrance Test (NEET) exam on Sunday.

V Shanmugapriya, who belongs to Madurai (Tamil Nadu), was all set and ready to give her best shot in the NEET exam. It was on Saturday when she accompanied her father to a nearby browsing centre to download her hall ticket, as the family did not have the means to do it at their residence. She had just completed her 12th grade this year and was keen on attempting her medical entrance exam.

To their shock and horror, the father and daughter noticed that the admit card had a photograph and signature of another student. But the personal details on the card including her name, roll number, her father’s name were that of her own.

The family’s desperate attempts to reach out to the admit card issuing authority, National Testing Agency (NTA), via mail and calls bore no fruit.

Given the stringent checks and scrutiny at the test venue, the duo was almost certain that all hope was lost, but tried to give another shot. By 5 pm on Saturday evening, her father reached out to a Madurai-based advocate, who immediately filed the matter before the Madurai bench of the Madras High Court and sought an urgent posting.

“The case was filed by 6 pm and fortunately for us, the permission for urgent hearing was granted by 7 pm. Over the next two hours, the required staff and officials assembled at the Court and Justice Suresh Kumar conducted the hearing from 9:15 pm to 10:30 pm. It’s extremely rare for such last-minute hearing requests to be entertained,” the lawyer told Zee Media.

He added that the draft of the order copy was first made available by 11 pm and the final copy was ready post-midnight hour, till which the anxious father waited with bated breath. His daughter meanwhile was resting at home for her big day, for which she had toiled over one year.

Finally, armed with the Court order and a lawyer and the intervention of officials, the girl was admitted into the hall and permitted to take her exam on Sunday.

Bearing the student’s roll number, application number, the Court order had strictly instructed the officials to permit her to take the exam. The Court also observed that she was a bright student who had secured 92.8% in her 10th grade and 91.54% in her 12th grade, and that denying her the right to take the exam in 2021 would be havoc to her life and career.

The Court also noted that the error in the admit card might have occurred only at the Testing Agency’s end, adding that the reasons behind this error could not be unearthed at that moment.

This is to be noted that nearly 16 lakh students across India had appeared for the NEET 2021 exam on Sunday.