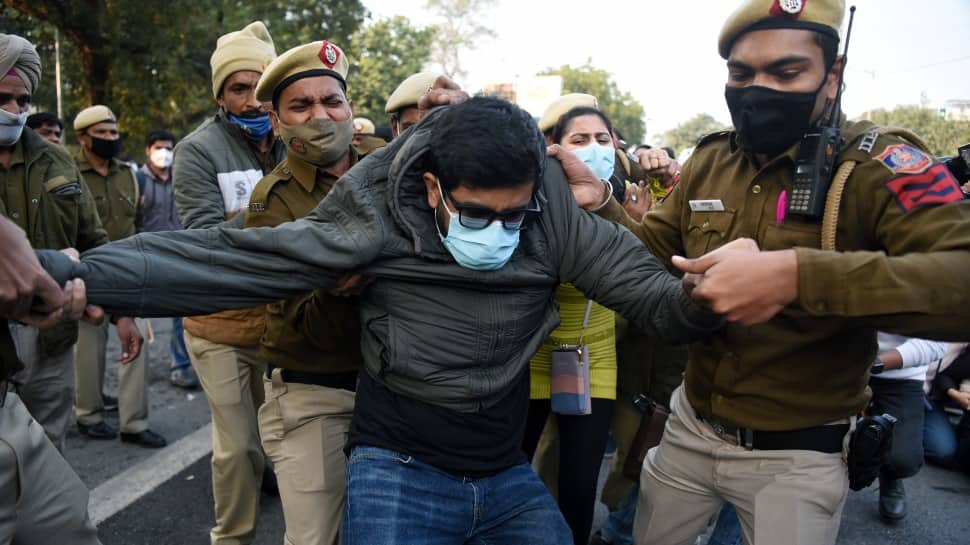 New Delhi: The Federation of All India Medical Association (FAIMA) on Tuesday (December 28, 2021) called for a ‘complete withdrawal’ from all healthcare services across the country ‘in protest against brute force by Delhi Police against doctors’.

The statement came after a protest by a large number of resident doctors in Delhi over the delay in NEET-PG 2021 counselling took a dramatic turn on Monday, as medics and police personnel faced off in the streets, with both sides claiming several persons suffered injury in the ensuing melee.

In a press statement, the FAIMA said that resident doctors were protesting peacefully and alleged that female doctors were brutally thrashed and lathi-charged by male police personnel during the demonstration.

“This is to inform that the medical fraternity stands absolutely shocked at the sheer display of unprovoked brute force by Delhi police on our colleague who have been peacefully protesting in Delhi and many other states since the last month, with their genuine demand for the immediate declaration of NEET PG 2021 counselling schedule. However, the lathi charge on our resident doctors and manhandling of many female residents by the male police personnel during their peaceful demonstration is a pathetic display of the shameless attitude of the authorities, who we could believe would stoop so low,” the statement read.

Federation of All India Medical Association (FAIMA) calls for complete withdrawal from all healthcare services across the country from 8 am on December 29 “in protest against brute force by Delhi Police against doctors.” pic.twitter.com/lOPaGcx2oz

This is noteworthy that the stir, led by the Federation of Resident Doctors’ Association (FORDA), has been going on for several days.

The Federation of Resident Doctors Association in a statement called it a “black day in the history of the medical fraternity”. It also said that resident doctors were protesting “peacefully” and alleged that they were “brutally thrashed, dragged and detained by the cops.”

“There will be a complete shutdown of all Healthcare Institutions today onwards. We strongly condemn this brutality and demand immediate release of FORDA Representatives and Resident doctors,” the statement issued on Monday read.

In a statement issued, FORDA claimed “police brutality” and called it a “Black day in the history of the medical fraternity”. It condemned police action and announced that all healthcare institutions would be completely shutdown from today pic.twitter.com/Er2J2xrw5O

Delhi: AIIMS RDA “condemns manhandling of doctors by Police; demands immediate release of all detained doctors with an apology from the govt & police. If no response from govt within 24 hrs, AIIMS RDA to go on a strike on Dec 29 including shutdown of all non-emergency services.” pic.twitter.com/SloTJ8Au9l

It is pertinent to note that the original NEET PG exam was scheduled in January 2021 but postponed in view of the first and second wave of COVID-19 and held on September 12, 2021, said the letter. However, due to the legal impediments of the Supreme Court now the Counselling is withheld resulting in a shortage of 45,000 doctors in the frontline, added the letter.