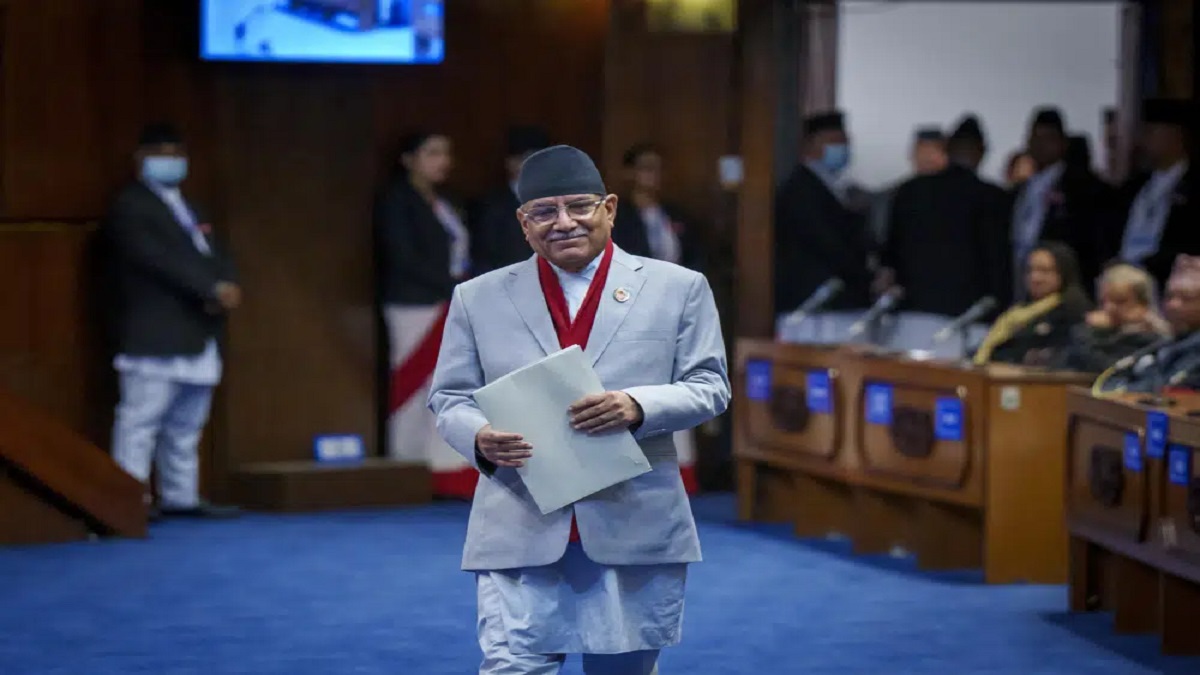 ‘Prachanda’ wins vote of confidence: Nepal’s newly-appointed Prime Minister Pushpa Kamal Dahal ‘Prachanda’ on Tuesday comfortably secured a vote of confidence in the House of Representatives, with almost unanimous support from both his alliance of seven parties and the opposition.

‘Prachanda’ received the support of 268 of the 270 lawmakers who were present in parliament – the highest number of votes a prime minister has ever received in a vote of confidence in parliament.

He needed only 138 votes in the 275-member parliament to continue his term as the prime minister.

Pashupati Shamsher JB Rana, the senior-most member of the House who chaired the session, said that the House of Representatives passed the vote of confidence proposal moved by Prachanda.

Rana, who chaired the meeting did not vote, while four other lawmakers were absent. Two lawmakers voted against Prachanda.

The 68-year-old CPN-Maoist Centre leader was sworn in as the Prime Minister for the third time on December 26 last year after he dramatically walked out of the pre-poll alliance led by the Nepali Congress and joined hands with opposition leader K P Sharma Oli.

In his speech at the lower house earlier, Prachanda said that he wanted to take forward politics of consensus, cooperation and mutual trust rather than the politics of negation, disrespect and vengeance as the Prime Minister.

The Prime Minister said that he as the head of the government wished to give the world a message of national unity in Nepal and pledged to remain dedicated to his duties and responsibilities and give something new to the people.

The NC and CPN (Maoist Center) had forged an electoral alliance for the parliamentary election held on November 20.
But after the NC reportedly declined the post of the prime minister to Prachanda as agreed before, the Maoist Center in a rather surprising move forged an alliance with the CPN-UML to form a new government.

In the 275-member House, the NC has 89 lawmakers, while the UML has 79 lawmakers. Similarly, CPN (Maoist Center), CPN (Unified Socialist) and Rashtriya Swatantra Party have 32, 10 and 20 members, respectively. Janamat Party has 6 members, Loktantrik Samajbadi Party 4 and Nagarik Unmukti Party 3 members in the parliament.

Addressing the Parliament earlier in the day, former prime minister and NC president Deuba said his party decided to cast the vote in favour of Prachanda as it would strengthen democracy and also protect the Constitution.
“We will make our opinion regarding the government’s performance on the basis of merits and demerits,” he said.

He underlined the need for pursuing dialogue, forging understanding, and collaboration among all political parties on important issues of national concern.
“We need to maintain cordial and balanced relations with neighbours and friendly countries,” Deuba added.
CPN-UML Chairman K P Sharma Oli and Deuba exchanged barbs in the House.

Now the process of electing the Speaker and Deputy Speaker will get underway. The election of the Speaker is scheduled for January 19.

According to constitutional provisions, the Speaker and Deputy Speaker should be elected within 15 days of the first parliamentary meeting.

As per the power-sharing deal reached between the UML and the Maoist Center before Dahal’s appointment as the new prime minister, UML will have its candidates elected as the president and speaker of the House of Representatives.

TIMELINE: From India to Turkey, a look at some of world’s deadliest earthquakes recorded since 2000

China committed brazen act of floating balloon because…: US President Joe Biden | What happened so far

‘We’ve continued to insist on…’- US on Mumbai terrorist attack