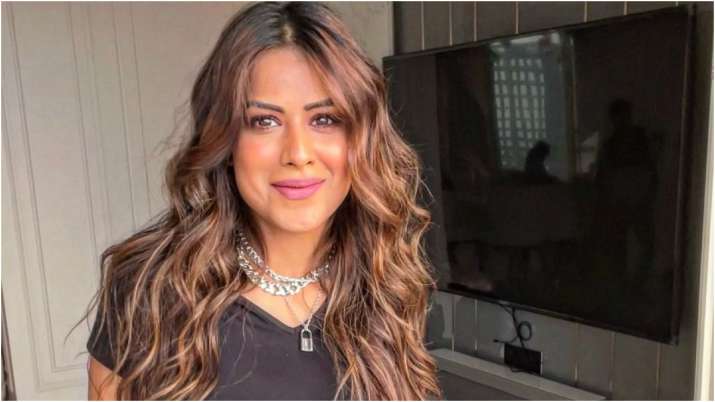 Naagin actress Nia Sharma has a toned physique which she loves to put on display in pictures on social media every now and then. She features in the recently released song ‘Phoonk Le’ whose video sees her dancing to the peppy beats of the party number.

Talking about her prep for the video, Nia revealed that she stopped eating in the lead up to the song shoot so that her belly could appear flat on camera. She revealed that she would remain hungry to a point she would not even feel hungry. About struggling with body image issues, Nia said that she was ‘freaking out’ and ‘shivering’ before the shoot of ‘Phoonk Le’ commenced because she was afraid of having a paunch.

She told Siddharth Kannan in an interview, “I stopped eating. When I say I stopped eating, it’s not even about a diet. I would sleep hungry, I was waking up hungry, I would go to the gym hungry. Hungry bhi nahi, mujhe bhookh bhi nahi lag rahi thi (I would not even feel hungry), because I had lost my appetite. I just wanted to go so hard into that song, look so on-point. And I did, I was just looking at my belly and I was like, ‘Look at that’.”

Nia told IANS about her prep for the song, “I went to extreme levels where I worked out immensely, stopped eating much and gave it my all. I am nervous, I hope my audience likes it and gives all their love and support to this song. I have jitters in my body and I am tripping on my own song, I can’t stop humming and dancing to the tunes. I was killing myself thinking how I’d even pull it off, I rehearsed day and night as I am not a professional dancer.”

Phoonk Le is a Hindi single track written by Meer and Lado Suwalka and sung by Nikhita Gandhi. The number is composed by music composer Rangon and directed by Prince Gupta.