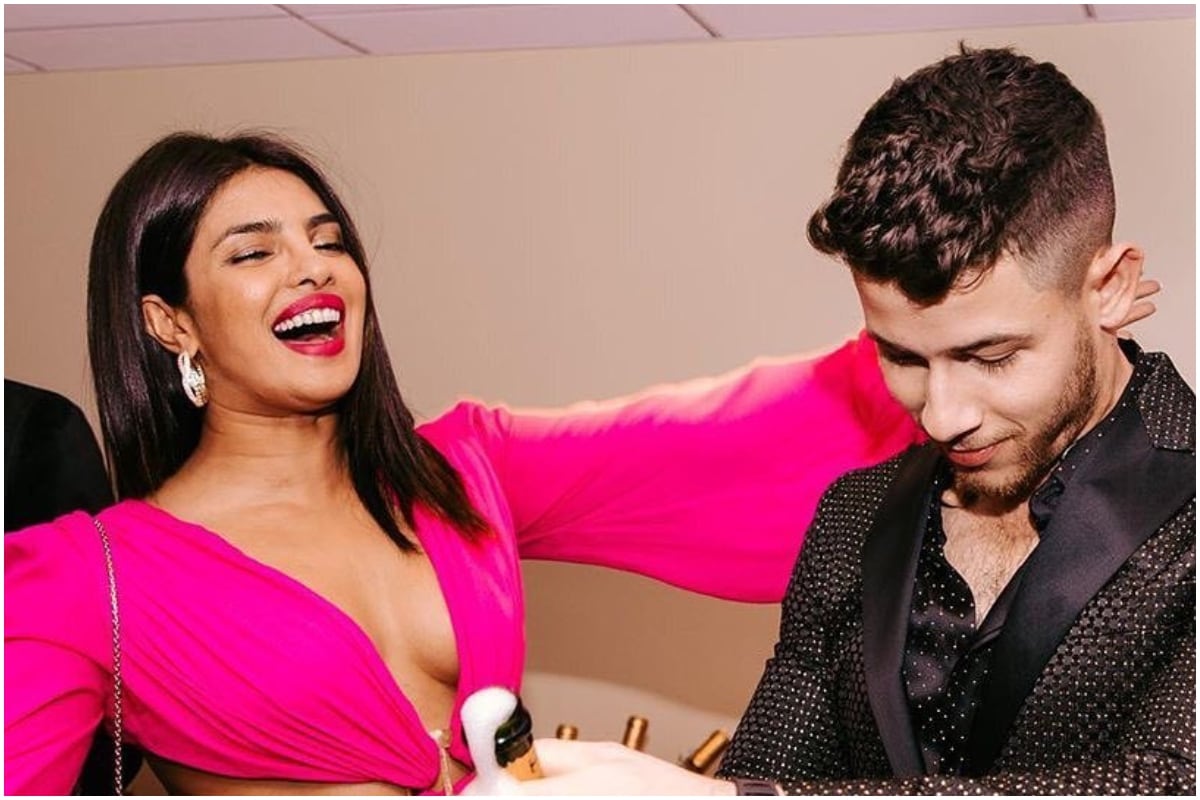 American pop singer and actor Nick Jonas recently shared an amusing post on social media describing his visit to the year 3000 and what he saw during his trip. Sharing the post on Instagram, Nick said that he went to the future but nothing much was changed except the fact that people were wearing masks.

In the caption of the post, he added, “And your great great great granddaughter was doing fine.” His actress wife Priyanka Chopra commented on the post writing “hahaha”

Soon after his post, fans flooded the comment section with compliments, Gifs and hilarious memes. Many of them were inspired by Priyanka Chopra. Sample some of these tweets:

Apart from these, there were fans who were reminded of the track ‘Year 3000’ released by The Jonas Brothers in the year 2006.

Earlier, speaking to Entertainment Weekly, Nick has revealed that the Jonas Brothers’ reunion in 2019 was inspired by their song Year 3000. He said, “There was a few comments about how badly someone wished we would come back together. And they were singing ‘Year 3000’ which made me think, this is a song that in our last couple years in the first iteration weren’t playing. We were so at odds with our authentic selves and our creative center and what made us who we are, which I think are fun-loving, don’t take ourselves too seriously guys, that we had started to let our insecurities lead the conversation, so we stopped playing the songs that some of our fans loved so much.”

Meanwhile, Priyanka Chopra and Nick Jonas have adopted a new dog, and are already in love with him. The couple introduced their new family member through Instagram. The 38-year-old actress and the musician, 27, both shared that they adopted a dog, who they have named Panda.

The Quantico star introduced the puppy by sharing a set of photographs of the couple with Panda.

“Our new family portrait! Welcome to the family, Panda,” Priyanka captioned her post, adding, “We adopted this little rescue (soon he won’t be so little) just a few weeks ago. We can’t be sure but he seems to be a Husky Australian Shepard mix…. and those eyes… and the ears!!!.”