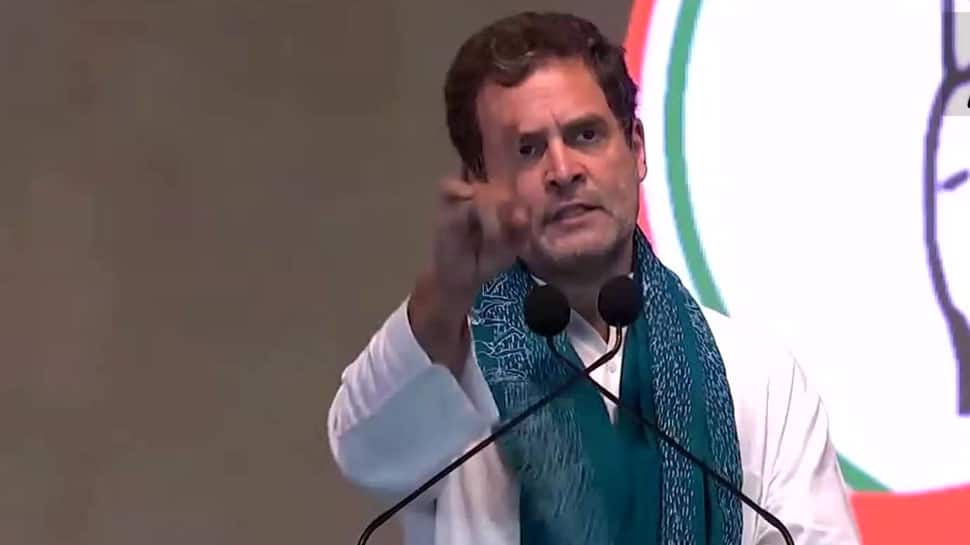 Warangal: Congress leader Rahul Gandhi on Friday ruled out any alliance with the TRS in Telangana and launched a scathing attack on its president K Chandrashekar Rao, saying he was acting like a “king” instead of a chief minister.

Addressing the ‘Rythu Sangharshana Sabha’ — a farmers’ rally organised to highlight their plight — Gandhi said as soon as the Congress forms its government in Telangana, farm loans up to Rs 2 lakh will be waived and farmers will get right MSP (minimum support price) of crops.

In an apparent swipe at Rao, popularly known as KCR, he said that while the dream of Telangana’s progress remained unfulfilled, only one family had “benefitted immensely” after the state was carved out of Andhra Pradesh.

He asserted that going forward, the Congress would have no truck with the Telangana Rashtra Samithi (TRS) and that the assembly polls next year will be a direct fight between the Congress and the KCR-led party.

BJP knows Congress will never end up in a deal with them, which is why it wants TRS govt in Telangana. Its proof is that Telangana CM can steal as much money as he wants and BJP govt (Centre) doesn’t send ED after him: Congress leader Rahul Gandhi in Warangal, Telangana pic.twitter.com/SsLwX4yp40

He also asserted that Congress knew it will suffer politically but it stood with the people of Telangana to give them a new state in 2014.

The people of Telangana thought a government for the poor will be formed but it did not happen and today there is a “king” instead of a chief minister, he said.

Gandhi alleged that KCR was not listening to farmers but to his 2-3 “crony capitalist friends”.