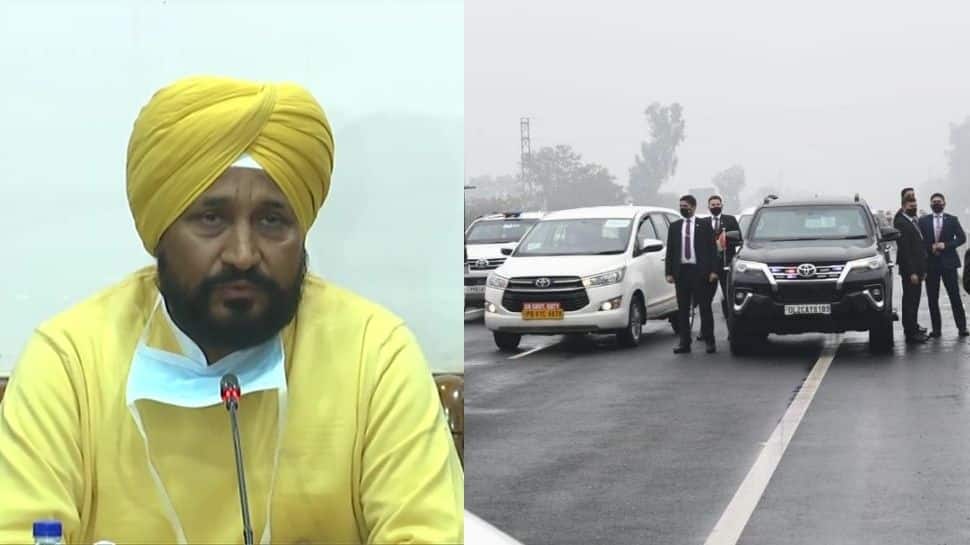 Expressing regret that PM Modi had to curtail his Punjab visit, Channi said, “The prime minister was to visit for the inauguration (of development projects) and address a political rally. We regret that he had to return due to the blockade en route.”

“After all, he is the prime minister of the country. We respect him. There is a democratic system and federal system,” the Punjab CM was quoted as saying by PTI.

PM Modi’s cavalcade was stranded for around 20 minutes near Hussainiwala in Ferozepur today due to a blockade by some protesters. Calling it a “major lapse” in the PM’s security, the Union Home Ministry has sought a detailed report from the Punjab government regarding the incident.

Addressing a press conference in Chandigarh, the Punjab CM claimed he was not intimated of the route change of the PM’s convoy. “We had asked them (PMO) to discontinue the visit due to bad weather conditions and protests. We had no information of his (Prime Minister Narendra Modi) sudden route change. There was no security lapse during the PM visit,” he was quoted as saying by ANI.

Channi added, “If there were any security lapses during PM Modi`s visit today, then we will conduct an inquiry. There was no danger to the Prime Minister.”

We had asked them (PMO) to discontinue the visit due to bad weather conditions & protests. We had no information of his (Prime Minister Narendra Modi) sudden route change. There was no security lapse during the PM visit: Punjab CM Charanjit Singh Channi pic.twitter.com/TYxRlNL5lt

Meanwhile, Union Home Minister Amit Shah in a sharp attack at the grand old party sought an apology from “topmost echelons of the Congress” for “what they have done”.

In a tweet, Shah wrote, “Today’s Congress-made happening in Punjab is a trailer of how this party thinks and functions. Repeated rejections by the people have taken them to the path of insanity. The topmost echelons of the Congress owe an apology to the people of India for what they have done.”

“The Ministry of Home Affairs has sought a detailed report on today’s security breach in Punjab. Such dereliction of security procedure in the Prime Minister’s visit is totally unacceptable and accountability will be fixed,” he added in another tweet.

Earlier in a statement, the Home Ministry said after the “major security lapse” in the PM’s travel near Punjab’s Hussainiwala, his convoy decided to return. The ministry directed the Punjab government to “fix responsibility for the lapse and take strict action”, the statement said.