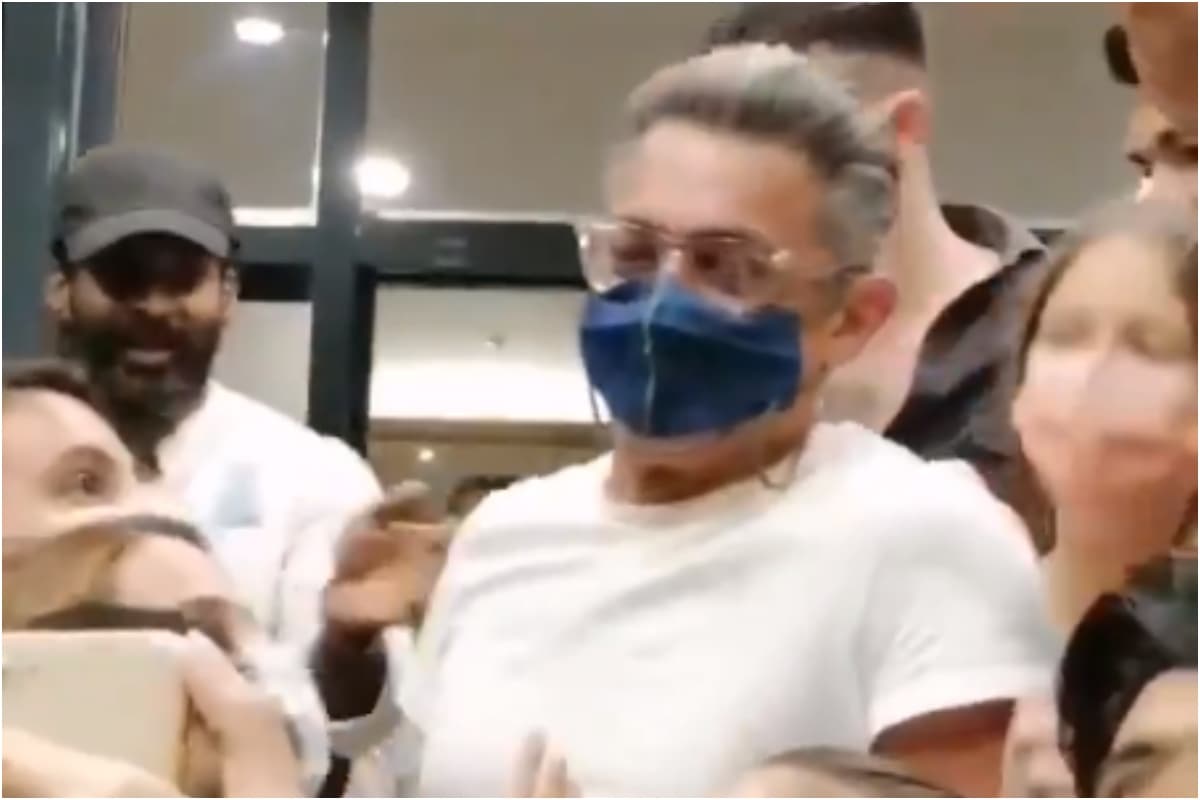 Aamir Khan resumed work months, after the forced break induced by the nationwide lockdown. The actor jetted off to Turkey to conclude shooting of his stalled film, Laal Singh Chaddha.

Visuals of Aamir in Turkey have been doing rounds online since. A few videos that have surfaced, show Aamir’s fans in Turkey crowding around the actor to take pictures with him.

The actor could be seen wearing his facial covering but having a hard time dealing with the crowd amid the coronavirus pandemic. Aamir is also seen struggling to maintain social distance as he gets mobbed by several fans.

Aamir is the second actor to fly overseas amid the coronavirus scare after Akshay Kumar. Akshay flew to the UK to shoot for his next film, Bell Bottom. Aamir’s last released film was Thugs of Hindostan (2018). The action-adventure film had Aamir in a never seen before avatar and featured actors like Amitabh Bachchan, Aamir Khan and Fatima Sana Shaikh in important roles.

Aamir shot the last schedule of Laal Singh Chaddha prior to the nationwide lockdown around Himachal Pradesh in February. The much-talked-about film is the official Indian adaptation of the highly acclaimed American comedy-drama Forrest Gump (1994). The original film directed by Robert Zemeckis was based on the 1986 novel of the same title by Winston Groom. Tom Hanks played the titular role alongside Robin Wright who was the female protagonist. The story maps the journey of Forrest Gump who observes historical events in the 20th century United States.