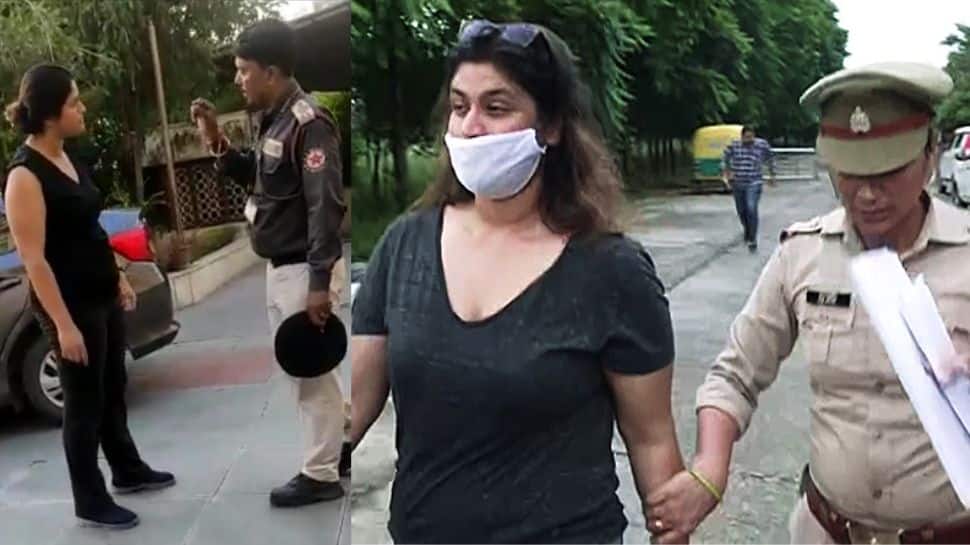 New Delhi: A Noida woman, who was arrested on Sunday (August 21, 2022) for allegedly manhandling a private security guard and hurling expletives at him, has been sent to 14-day judicial custody, news agency PTI reported citing Sector 126 police station in-charge. The incident, which comes days after local politician Shrikant Tyagi was sent to jail for abusing a woman co-resident of his Grand Omaxe society in Sector 93B of Noida, came to the limelight via a video that was widely circulated on social media. Noida police said that it took note of the “viral video” and an FIR was registered against the woman, Bhavya Roy, over the incident that took place on Saturday evening.

A lawyer by education, 32-year-old Roy was in a sedan and the two sides got into an argument at the entry gate of Jaypee Wishtown society, under Sector 126 police station limits. According to a senior police officer, security guard Anoop Kumar was making an entry record of the vehicle, as is required under rules, and took some time to open the gate after which Roy allegedly picked up a verbal fight with him and started abusing him and the other staff present there.

“The police took immediate cognisance of the video that went viral on social media in which the woman was seen misbehaving, abusing, and assaulting the guard of the society and she was arrested by local Sector 126 police station team,” the Noida police said in a statement.

In his complaint, the security guard claimed Roy appeared to be drunk at the time of the incident and could “barely stand straight”.

“The accused was taken for a medical examination at 4.30 pm on Sunday but the report did not confirm alcohol in her blood. It could be possible that around 24 hours had passed from the incident till the examination.

“But by her speech as audible in the video, it appeared she was under some alcoholic influence,” PTI quoted Additional Deputy Commissioner of Police (Noida) Ashutosh Dwivedi as saying.

The security guard claimed that Roy not only hurled expletives, and humiliated him and his colleagues but also “made derogatory remarks and used abusive words” for a particular community.

The video being circulated on social media shows Bhavya Roy hurling expletives and holding security guard Kumar by his uniform. She also made indecent physical gestures and threatening remarks to him and other security guards who were present there.

The woman has been booked under Indian Penal Code sections 153A (acts prejudicial to harmony), 323 (voluntarily causing hurt), 504 (intentional insult to provoke breach of public peace), and 506 (criminal intimidation), among others, PTI reported citing the police.

According to police officials, she got married in 2016 but is currently separated from her husband.