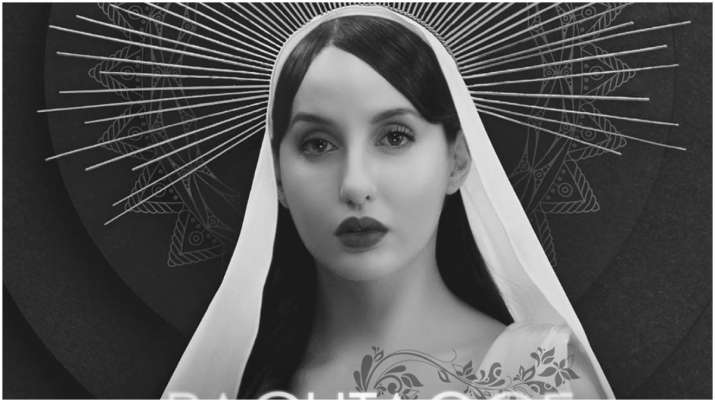 The female version of the Arijit Singh hit, Pachtaoge, is ready to release. Dancing sensation Nora Fatehi, who starred in the music video of the original number last year, will be seen in the new version, too. The female version of “Pachtaoge” is sung by Asees Kaur. “My brand as Nora Fatehi, whether it’s a song in a movie, a music video in India or my independent international projects, is all about keeping it fresh and being experimental with an international touch. And that’s what has made me who I am today and that’s what my fans expect from me now.

“The acting and dancing in this video are different — it’s all in the eyes, very composed and internal. The form of dance, which I have attempted for the first time, is contemporary abstract body movements, to tell a story of emotional struggle and the subsequent breakthrough of self love,” Nora said.

The makers have also unveiled Nora’s look in the video of the female version of “Pachtaoge”. Dressed in white outfit, Nora is supposed to depict divinity and purity in the song.

The original song featured Vicky Kaushal along with Nora.

Meanwhile, Nora Fatehi now has a fan following of whopping 15 million on Instagram. Nora posted a picture on Instagram where she is seen in a “desi” avatar, clad in Indian attire that she teams with a “nath” or nosering.

“Meet me down by the river… We can dance to the rhythm.. ‘Til the sun is high and the water runs dry…15 million,” she wrote alongside the image.

Just last month she garnered over 14 million followers on Instagram, and to celebrate she has shared a moment that she believed has changed her life.

In a short time, Nora has established herself as one of the best dancers in Bollywood, with hits such as “Manohari” (“Baahubali: The Beginning”), “Dilbar” (“Satyamev Jayate”), “O saki saki” (“Batla House”), “Kamariya” (“Stree”) and “Garmi” in “Street Dancer 3D”.

Travis Barker’s cause of hospitalisation revealed, wife Kourtney Kardashian stands by his side

Box office clashes of films will happen more due to COVID19: Akshay Kumar