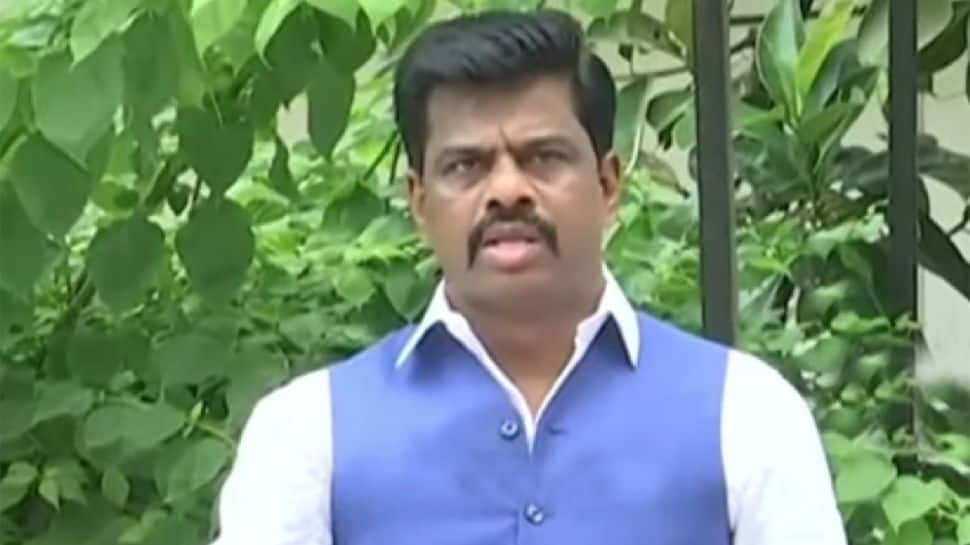 New Delhi: YSR Congress Party MP Gorantla Madhav has found himself in the middle of a controversy after a purported video surfaced in which a man is seen performing an obscene act in a video call with a woman. In the video which was circulated on social media platforms, the Lok Sabha member from Hindupur constituency allegedly chatted with a woman and also allegedly took off his clothes.

In the video, the man appears to be walking around shirtless and subsequently flashing his genitals to a woman on a video call. However, the Andhra Pradesh MP claims that a video of him working out in a gym shirtless has been morphed into an obscene video. The YSR Congress Party MP alleged that the videos were part of a conspiracy to defame him.

While talking to the reporters in the national capital, Madhav said that he has lodged a complaint with the police.

Ramakrishna Reddy made it clear that the party would not tolerate such activities.

On the otherhand, opposition Telugu Desam Party (TDP) has said that behaviour of some YSRCP leaders is very shameless.

Former MLA and senior TDP leader Bonda Umamaheswara Rao felt that the behaviour of some of the YSRCP leaders is very despicable and the video of Hindupur Lok Sabha member Gorantla Madhav that is going viral on social media speaks volumes about the reprehensible conduct of their party leaders.

As per the election affidavit, cases under Section 376, Section 302 and Section 506 are pending against Gorantla Madhav, Bonda Uma said, alleging that it is Chief Minister Jaganmohan Reddy, who is responsible for this kind of sickening behaviour of his party MPs, his Cabinet colleagues, former ministers, MLAs and other YSRCP leaders.

“In the past too, we all have witnessed how the video in which Minister Ambati Rambabu made some objectionable remarks against a woman. Jagan Mohan Reddy shamelessly accommodated him in his Cabinet,” the TDP leader remarked.