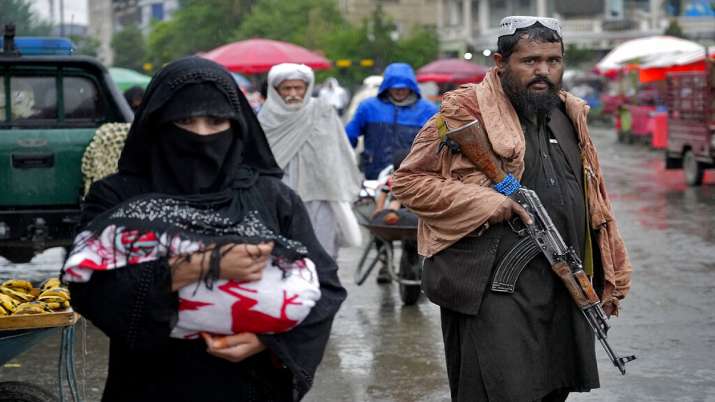 Taliban on Saturday issued a directive mandating Afghan women to wear the all covering burqa in public places. A similar move had been imposed when Taliban held power in the country between 1996 and 2001.

“We want our sisters to live with dignity and safety,” said Khalid Hanafi, acting minister for the Taliban’s vice and virtue ministry.

The Taliban previously decided against reopening schools to girls above grade 6, reneging on an earlier promise and opting to appease their hard-line base at the expense of further alienating the international community.

That decision disrupted efforts by the Taliban to win recognition from potential international donors at a time when the country is mired in a worsening humanitarian crisis. The international community has urged Taliban leaders to reopen schools.

Earlier, Taliban had stopped issuing driving licences to women. It had also banned girls from attending secondary schools. Later, after severe criticisms from the United Nations and other countries it had reopened schools for girls allowing them to attain education.

Meanwhile, just after coming to power they had barred women from working in government offices, banks, media companies, etc. Women in the country have been banned from travelling long distances if they are not accompanied by male members of their family.

ALSO READ | Taliban smuggling weapons to Pakistan; to be used in cross-border terrorism against India: Report