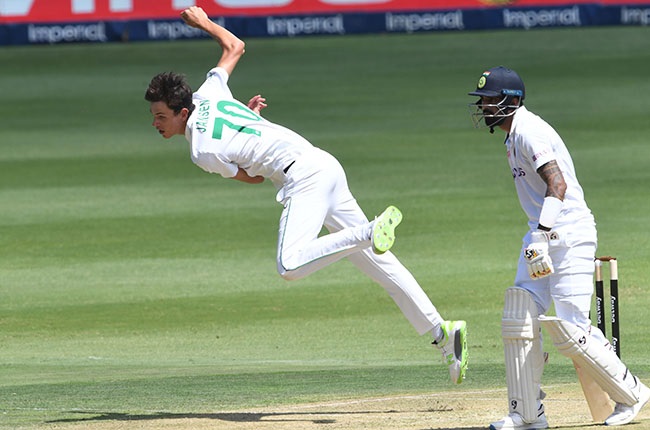 Proteas seamer Duanne Oliver credited Marco Jansen’s four-star
performance on the first day of the second Test against India at the Wanderers
on Monday.

Jansen (4/31) again accounted for Mayank Agarwal’s wicket, but with
better and more consistent pressure, he was able to pester India with his pace
and irritating bounce from a high-arm action.

Olivier (3/64) was one of the beneficiaries of Jansen’s and
Lungi Ngidi’s hard work after India sought a similar start to the first Test
that ended up being the difference between the teams.

Jansen may not have got the treasured fifth wicket and he strived
hard for it, but his hard work was noticed by the returning Olivier.

“If you look at the first hour, we didn’t get the rewards
we wanted,” Olivier said.

“There were risks, but we made them play more. When
Marco and Lungi came on, they did a superb job.

“They created that extra pressure and that helped the whole
bowling unit. There are certain areas where we want to improve as a bowling
unit.

“As a bowling unit, it has been a good day. If we were
asked to take 200 on this day, we’d definitely do so.

“As a group, you also want to do better.”

Unlike the SuperSport Park pitch that went through its various
shades of green and brown faster than an artist’s palette, Olivier was happy
with what they received on the first day.

They still had to bowl first on the pitch with India’s
stand-in captain KL Rahul winning the toss and batting first.

Olivier, who has been nigh on unplayable at the Wanderers
for the Lions, doesn’t expect the pitch to behave out of character.

“It was a bit different and there wasn’t as much grass
on the pitch,” Olivier said.

“For domestic games, there was a fair bit of grass and
it was quite soft. I do think it will speed up as the game goes along.

“It’s a normal Wanderers wicket, but as a team, we’re
trying to put ourselves in a better position.”