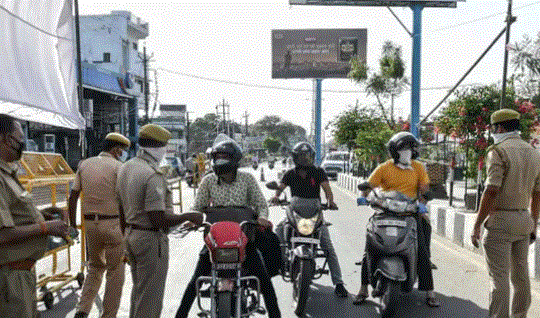 Chennai has joined the list of Indian cities that have imposed restrictions on New Year’s eve, amid a nationwide surge in Omicron cases and calls for a tight vigil. Curbs have been imposed on resorts, farm houses, clubs and similar venues from conducting commercial celebratory events.

Even, group celebrations in apartment complexes and villas have also been restricted, with only individual celebrations being permitted. It is notable that these restrictions have been imposed by the Chennai City Police.

While hotels (with accommodation facility) and restaurants have been permitted to serve guests till 11 pm, no permission has been granted for hotels, clubs, and farmhouses to conduct dance events, DJ nights and similar musical events.

Requesting the public to not gather at crowded spaces like Marina beach, Elliot’s beach, Neelangarai and East Coast Road, cops have said that roads that lead to the beaches will be closed from 9 pm onwards, on New Year’s eve.

It was also added that vehicles cannot be parked along the roads that lead to beaches and people must not indulge in public celebrations.

As per the state government health bulletin issued on Tuesday, there are 19 active cases of Omicron in Tamil Nadu, whereas 24 cases have been discharged from hospitals, thus taking the total count to 43.

The Health Minister said that there are more COVID-19 cases that indicate S-Gene drop (indicative of Omicron variant).