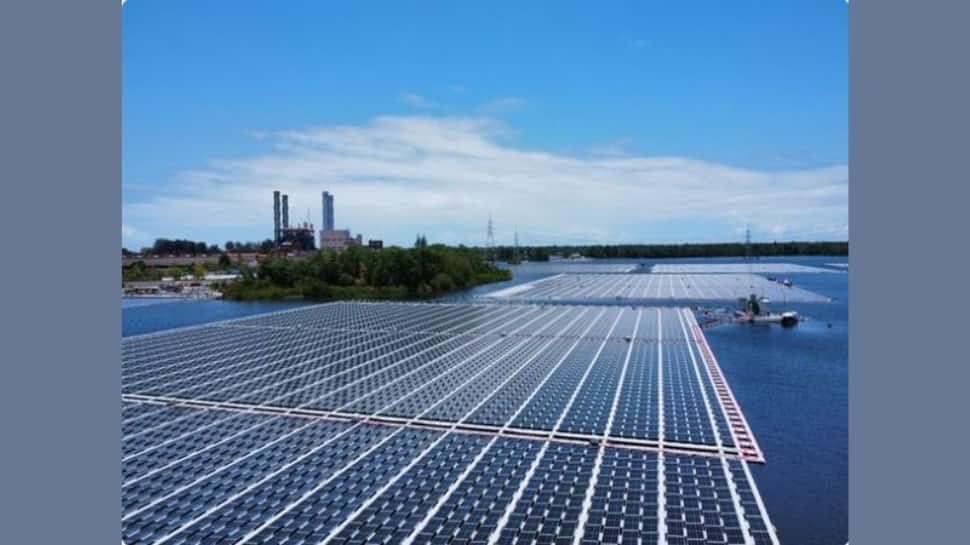 Khandwa: With an aim to increase the power generation capacity of the central state of Madhya Pradesh and address the electricity problems in the region, a floating solar power plant is going to be built in Khandwa which will generate 600 Megawatt power by 2022-23, informed the officials on Wednesday.

Said to be the world’s largest floating solar plant, the project is estimated to be worth over Rs. 3000 crores.

“Omkareshwar Dam is built on the Narmada river. This is our hydel project and in this, we produce energy from water, but it is spread over about 100 square kilometers, there is a very large water body where the water level remains normal,” Renewable Energy Department Principal Secretary Sanjay Dubey told ANI.

Dubey also said that the change in water level in the area was nominal and it thus serves as a suitable site.

“We will have a PPA of 300 MW. So we have given a little bit of leverage, maybe a little more or less as per the requirement, so in total instead of 300, we are doing PPA in the first phase of 200 MW,” he added.

Also Read: Khalistani terrorist has been arrested from Burhanpur

Dubey also highlighted that with the new floating solar plant, Khandwa will become the only district in Madhya Pradesh to have thermal power stations, hydel and solar power.

“In the next phase, we have called tenders for 300 MW more, so this will be the world’s largest project which will be called floating solar. Khandwa will become the only district in the state to have all three things including solar, hydel, and thermal with over 4,000MW power to be produced from a single district,” said Dubey.