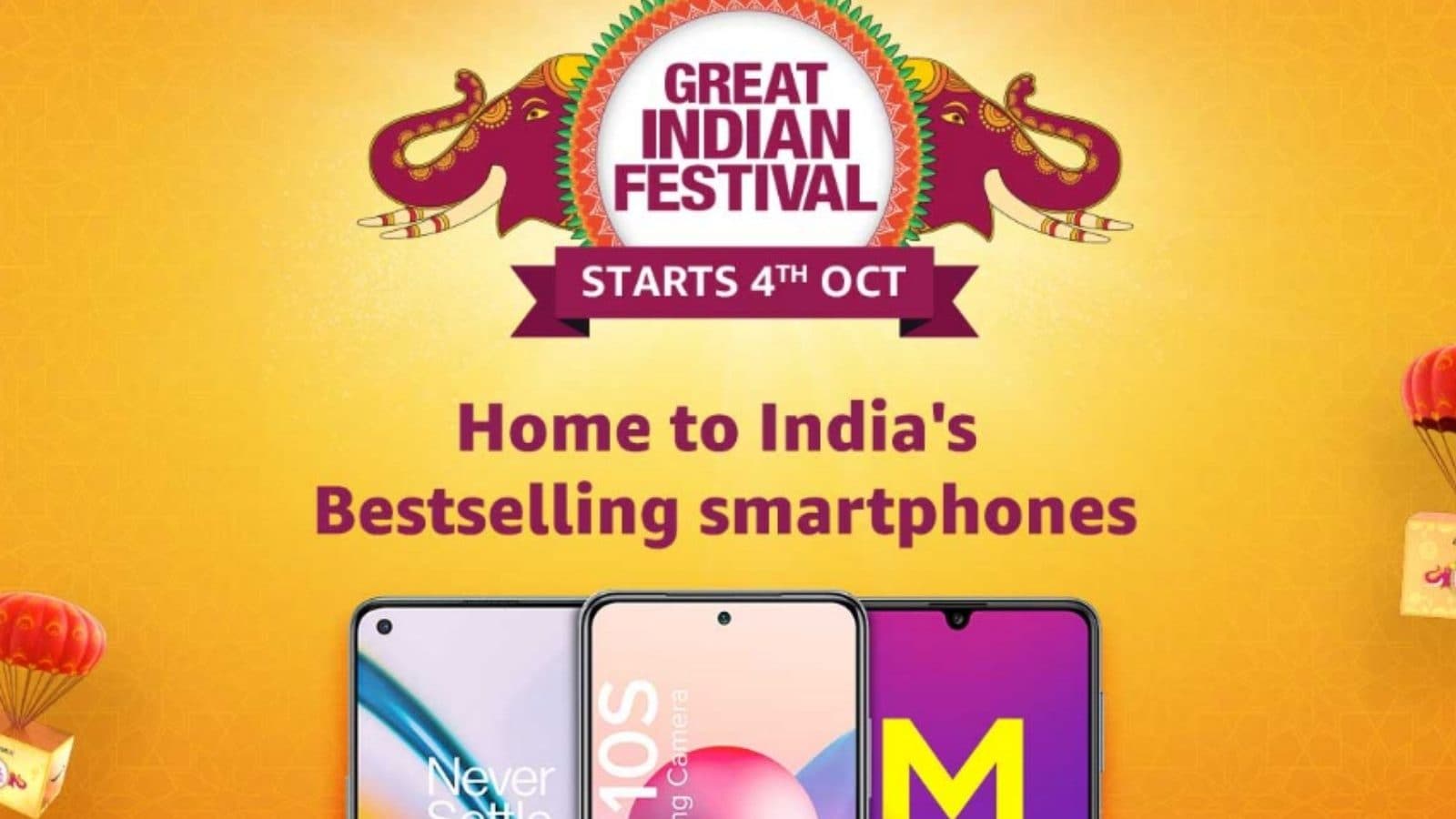 It is that time of the year. The festive season is right upon us and Amazon and Flipkart have announced their flagship sales for the year. Amazon’s Great Indian Festival 2021 sale will start on October 4, the company revealed earlier this week. This is three days before Flipkart’s Big Billion Days Sale and will go on for longer, as Amazon says that the Great Indian Festival 2021 will go on for the full festive month. Customers can avail discounts and offers on several products like smartphones, laptops, tablets, accessories, headphones, speakers, appliances – basically everything available on the e-commerce platform.

Amazon will unveil new deals everyday, leading up to the start of the Great Indian Festival sale on October 4. Currently, the company has revealed its plans till October 1 only. Let us take a look:

On September 27, Amazon will unveil a Redmi 9A and Samsung flagship mega sale. On September 28, the company will reveal its “Crazy iPhone deal,” which will be followed by a mega deal on Oppo, Vivo, and Samsung Galaxy M series smartphones on September 29. On September 30, an iQoo smartphones’ sale will be revealed. Then, on October 1, the Amazon will reveal Xiaomi sales (including Redmi deals), and the price of the abovementioned “Biggest Deal of the Year”. The microsite also says that there are more deals coming, “stay tuned,” with a OnePlus logo, meaning deals from OnePlus will be announced after October 1.

While there is a plethora of deals that can already be seen on Amazon, it is tough to make much out of them since little has been revealed as of now. However, two deals that really caught our attention while browsing were as follows:

Similar to OnePlus 9, the OnePlus 9 Pro is also available at a similar discount, from what we can tell. The smartphone is listed at a price of Rs 4_,999, as against the Rs 64,999 sticker price. This is at least a Rs 15,000 discount on the OnePlus flagship.