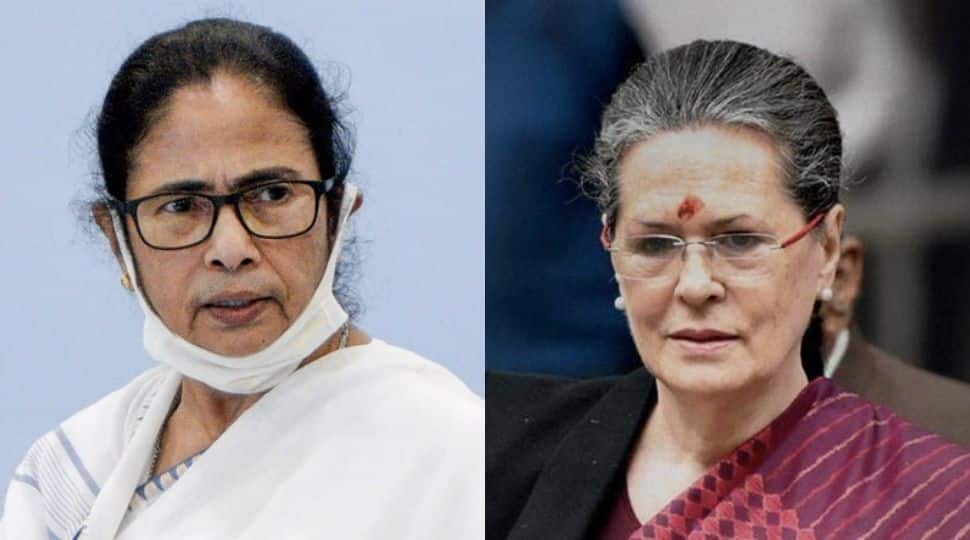 Kolkata: Ahead of West Bengal Chief Minister Mamata Banerjee’s visit to Delhi to meet several Opposition leaders, Rajya Sabha Congress MP, Pradip Bhattacharya on Saturday (July 24) said that all the Opposition parties should unite under the leadership of Sonia Gandhi to fight against BJP.

Speaking to ANI, the senior Congress leader Bhattacharya said, “An invitation has been given by Chief Minister Mamata Banerjee. She had earlier too called a meeting at Brigade Parade ground and Mallikarjun Kharge had attended that meeting. She is doing that again.”

“However, in many instances, Indian National Congress chief Sonia Gandhi has organised several meetings to fight against undemocratic forces on several issues. Many meetings were not attended by the TMC but now the people of the country want opposition forces to unite. All the Opposition parties under the leadership of Sonia Gandhi should come together to fight against BJP,” he added.

During her address at the TMC`s Martyrs` Day rally earlier this week, Banerjee had asked the opposition leaders to unite and start working towards forming an alliance if they were willing to oust the Modi government from power. Banerjee was also on Friday informed will be chairperson of the Trinamool Congress Parliamentary Party.

Meanwhile, Congress` Bhattacharya when asked about the ongoing Parliament Monsoon Session, in which discussions on several important discussions are still awaited, said: “It`s difficult to say what the Government of India wants to do they are trying to avoid the discussions if they do this without the discussions opposition parties including Indian National Congress will not allow it. It is our demand we cannot come out as this is a very serious issue. We cannot accept the government proposals of discussion without answering on Pegasus issue.”At the same time as a Parliamentarian, Bhattacharya also welcomed the All India Trinamool Congress nominating Prasar Bharati Former Chairman Jawhar Sircar for the Rajya Sabha by-election stating that he has been working for the Public Service and would be vocal in the upper house of Parliament.