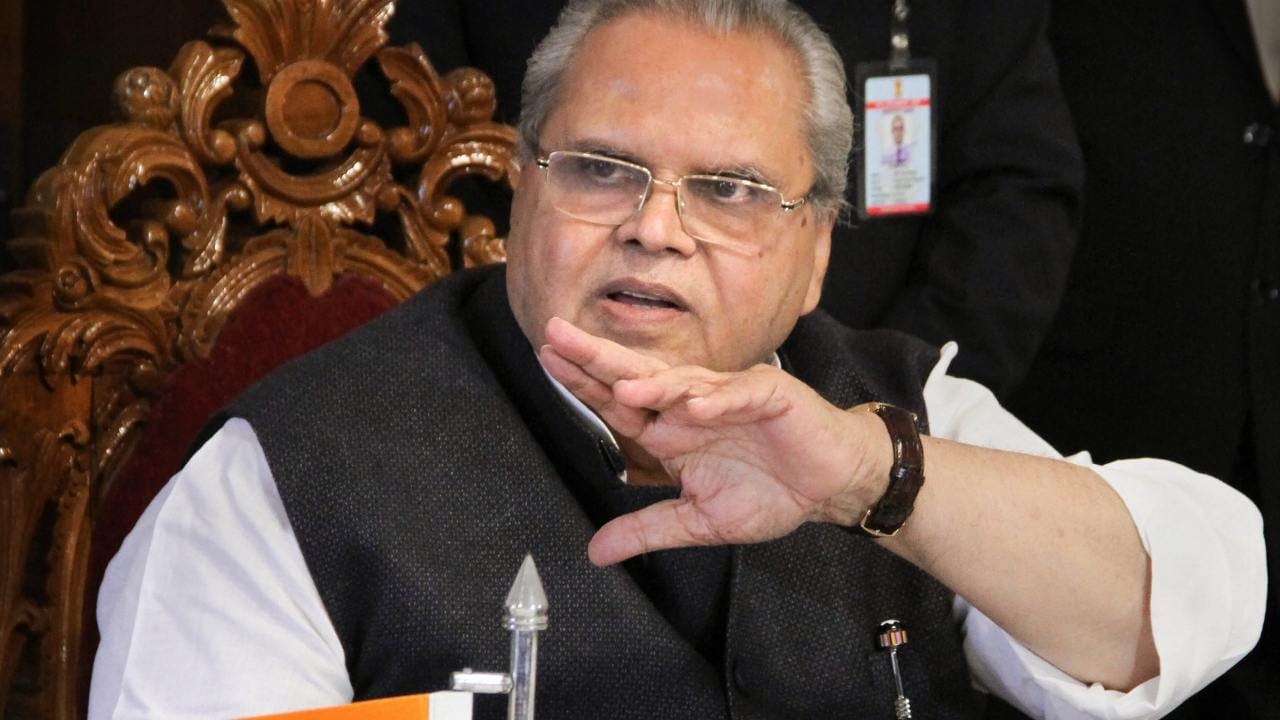 Kharge also shared the purported video clip on Twitter of Malik from a function at Charkhi Dadri in Haryana, where he allegedly said that when he went to meet the prime minister on the issue of farmers, the latter was “arrogant” and had a fight with him within five minutes.

Malik, who was the last governor of Jammu and Kashmir before it was bifurcated into Union territories in 2019, claimed in the purported video that Modi was not ready to accept that the farmers who were protesting against three agriculture laws of the Centre last year died due to him and instead, asked him to meet Union Home Minister Amit Shah.

Malik is also heard saying in the video clip that when he met Shah, the latter told him that “people have clouded his (Modi’s) vision” and he should keep meeting the prime minister. The Congress also shared Malik’s comments on its Twitter handle and alleged that it was due to Modi’s arrogance that so many farmers died.

“Meghalaya’s Governor Sri. Satya Pal Malik is on record saying PM was ‘arrogant’ on the issue of Farmers and Home Minister Amit Shah called the PM as ‘mad’. Constitutional authorities speaking about each other with such contempt!” Kharge wrote on Twitter.

“Narendra Modi ji is this true?” the Leader of Opposition in the Rajya Sabha asked.

National Conference leader Omar Abdullah on Monday said Malik has “bitten the hand that fed him” and asserted that people of Jammu and Kashmir can “certify” his “untrustworthiness”.

“This man was their hatchet man in J&K now he bites that hand that fed him. The people of J&K can certify the untrustworthiness of Mr Malik,” Abdullah said in a tweet.